When we first decided to overhaul this little tiny room, I found these amazing frames at Goodwill. I was so excited to put them on the wall where the chimney juts out in this space, but as soon as I started hanging the gallery wall, it just didn’t feel right. 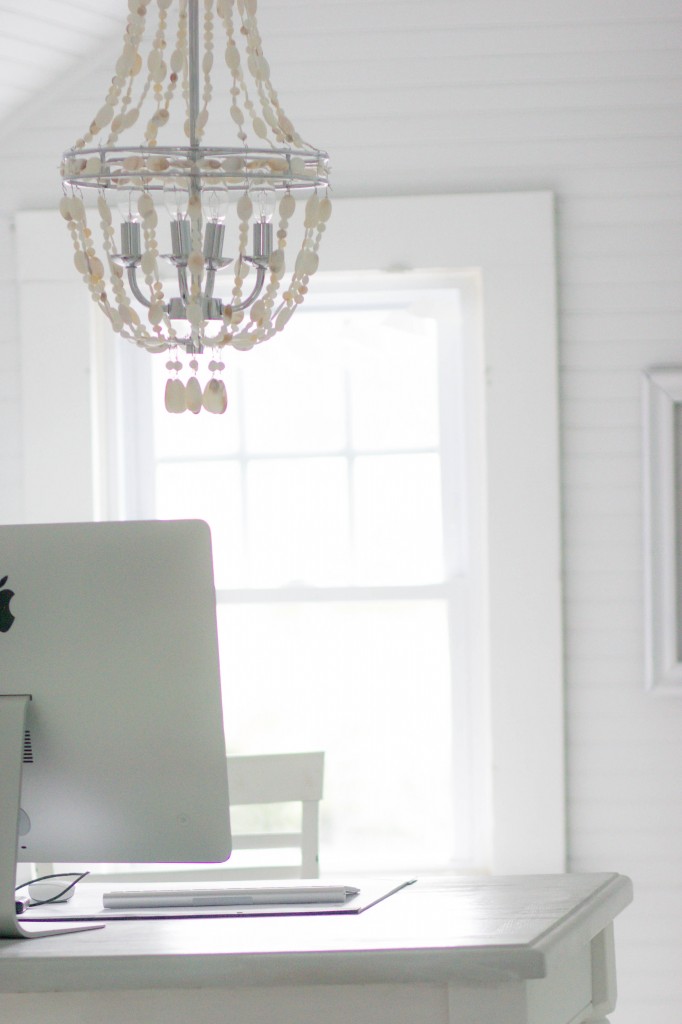 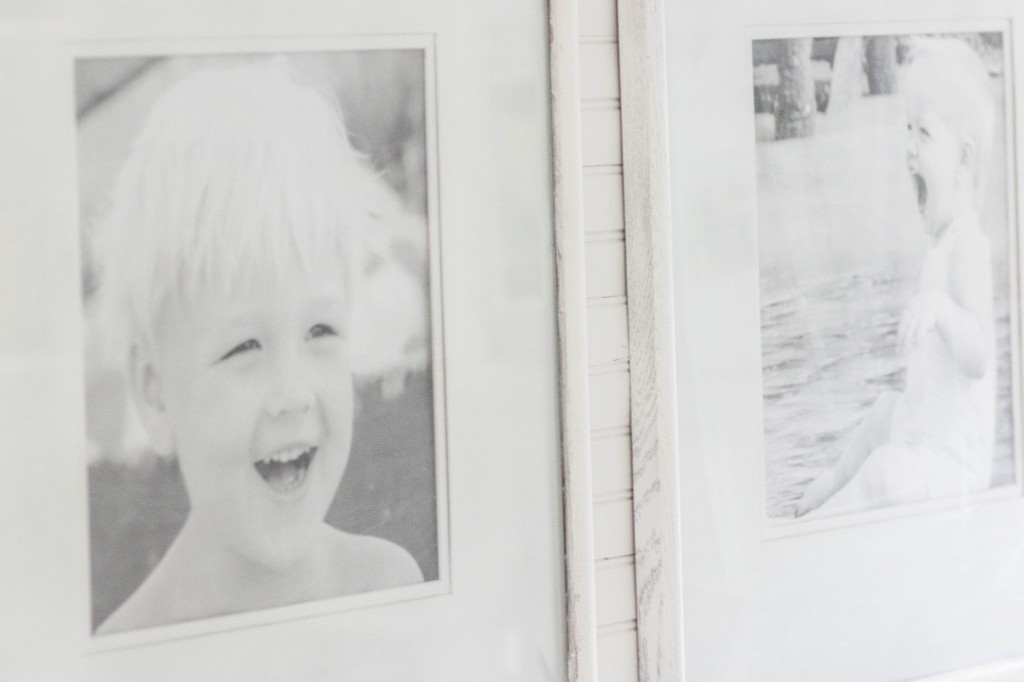 Does that ever happen to you? I moved everything around and nailed holes in my beautiful bead board and only got more frustrated because number one, it is SO hard to nail into bead board and number two, I didn’t even like what I was doing!

I didn’t love the two frames right there on the chimney either, because quite honestly, they were my favorite thing about the space and I wanted them to be seen.

Switching them to the opposite wall was the answer! 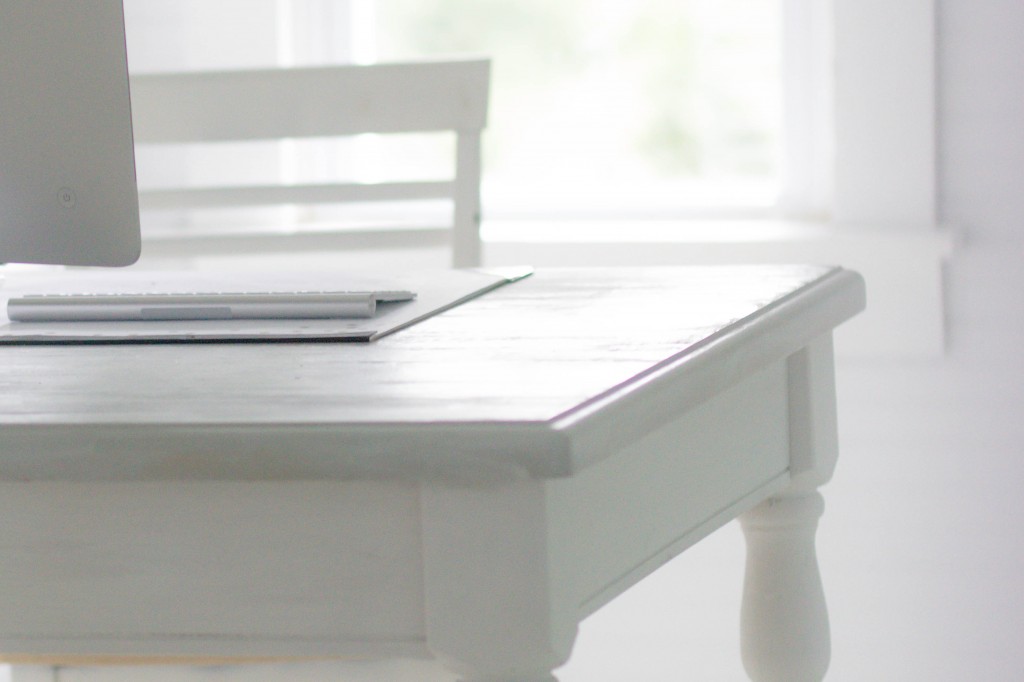 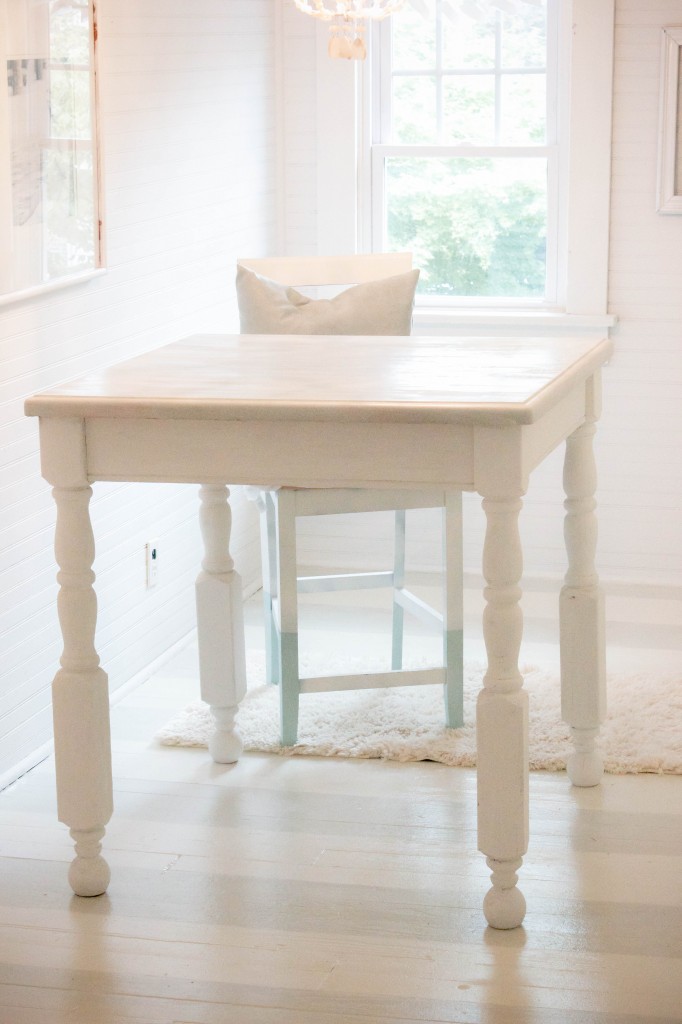 That meant I now had an empty wall on the other side that needed a solution.

So, after a few weeks of thought, Russ helped me build an arrow out of pallets we had left over from our deck (aka Russ built the arrow!). I had seen several ideas on Pinterest and other blogs but not quite this big. Others were absolutely adorable but I needed a statement piece. 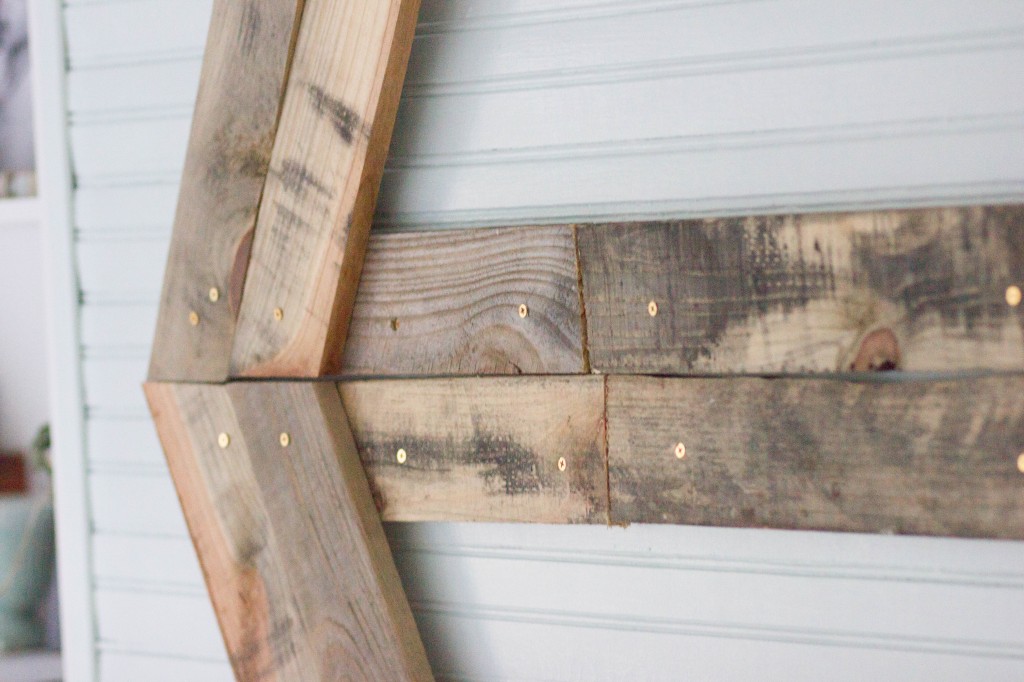 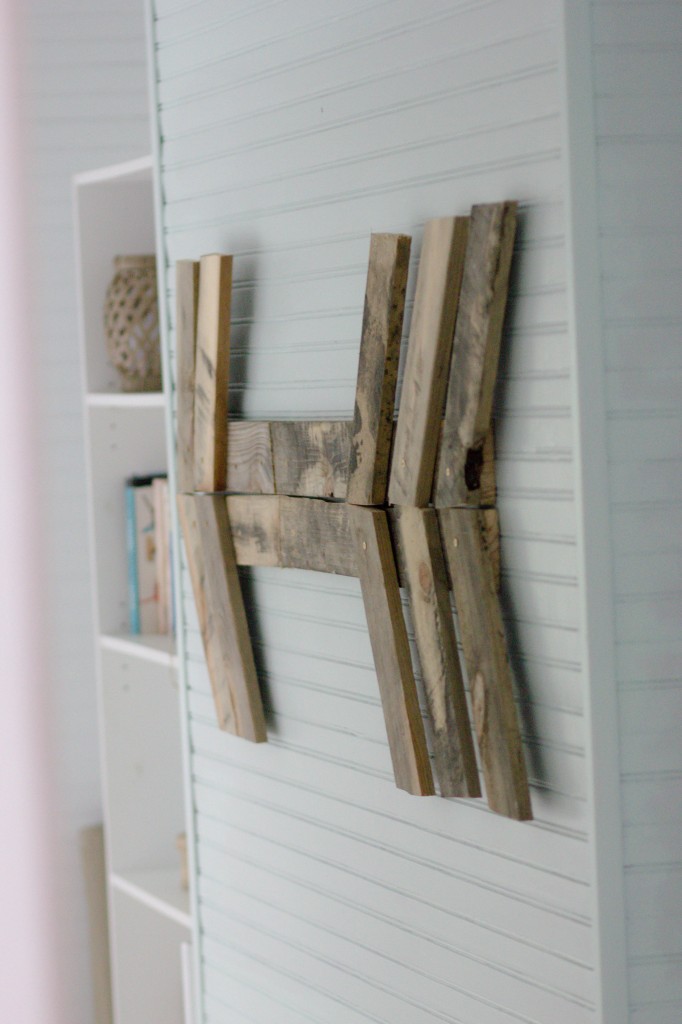 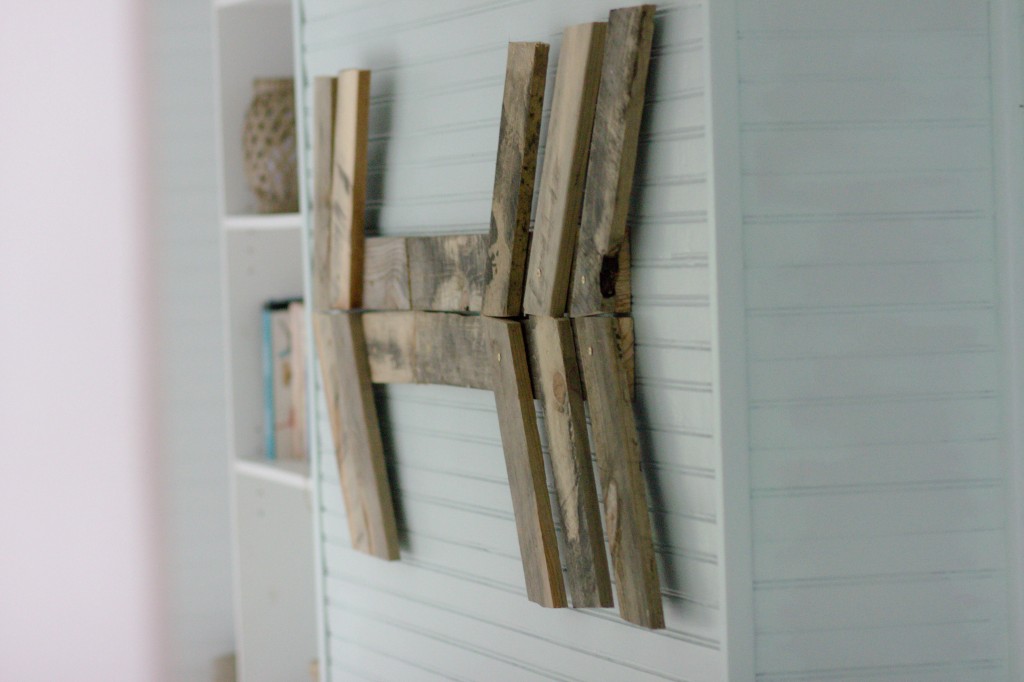 I actually worried that it may be a little too big but after texting a few of my design savvy friends, they assured me it was okay. 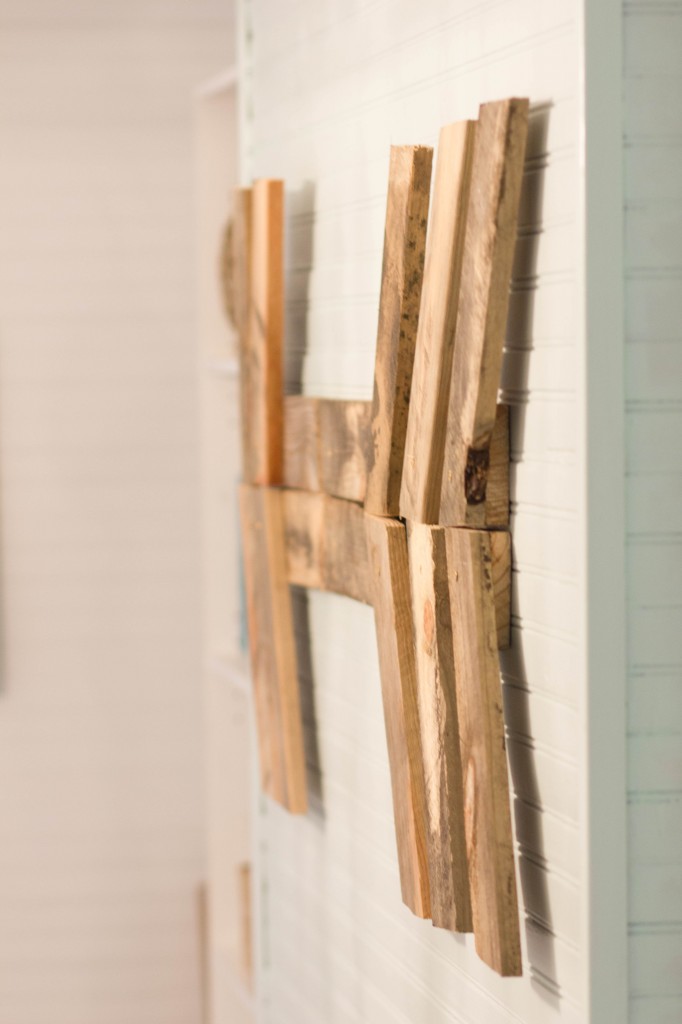 Russ sawed the pallets off because we could NOT get the pieces to just pull off and kind of pieced it together.

We even screwed it into the wall in two separate pieces. 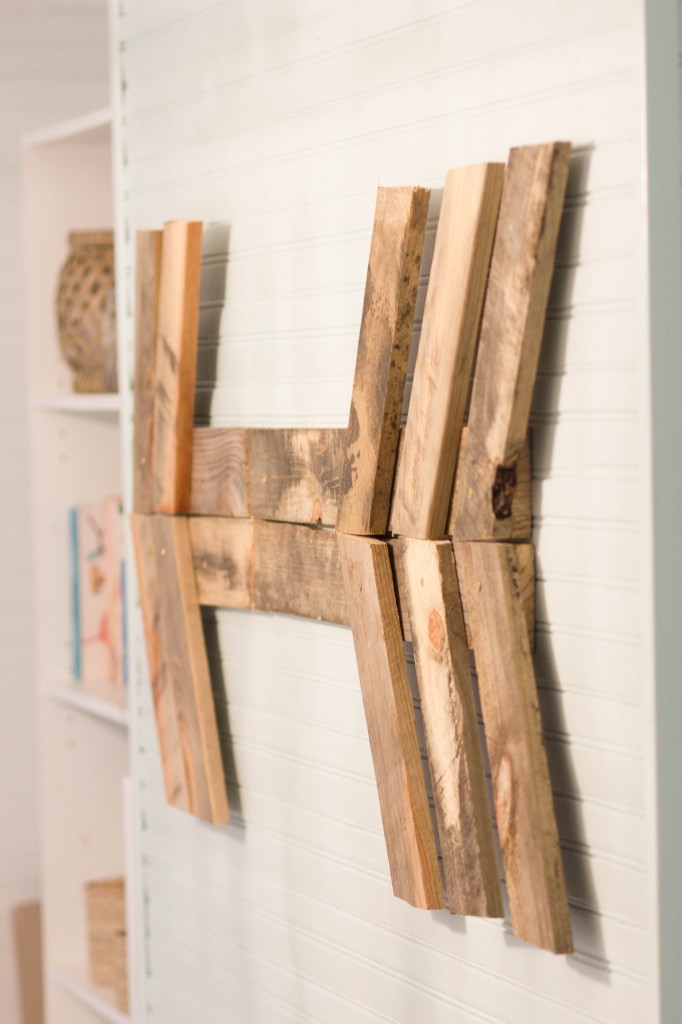 The arrow part is actually screwed on top of the separate pieces, as is the tail. It’s a super simple project with a saw and a drill! And totally worth it. 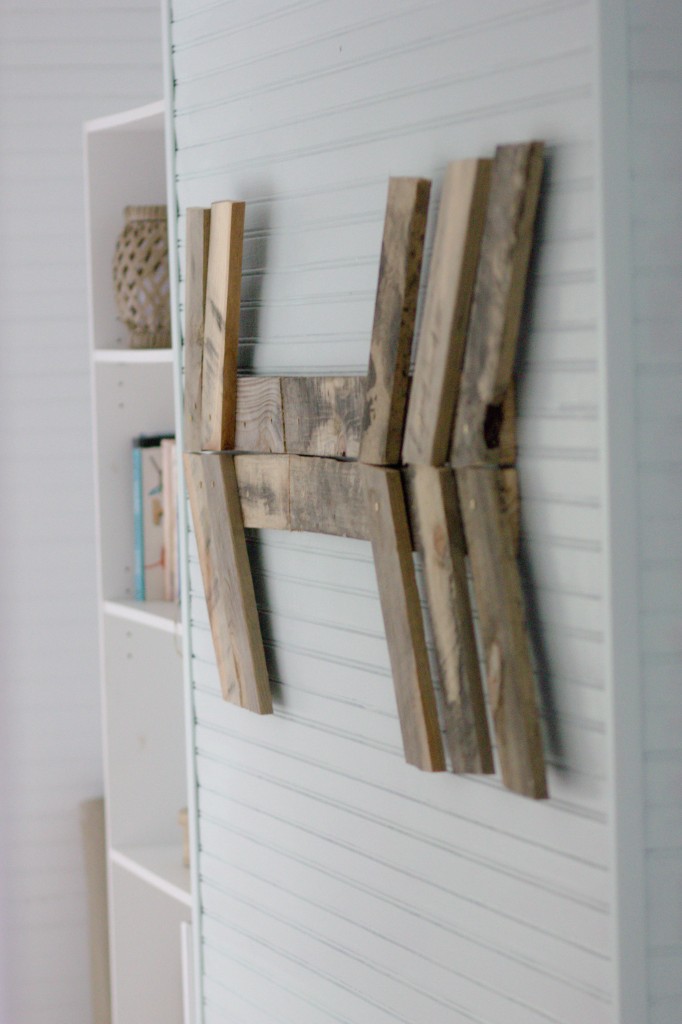 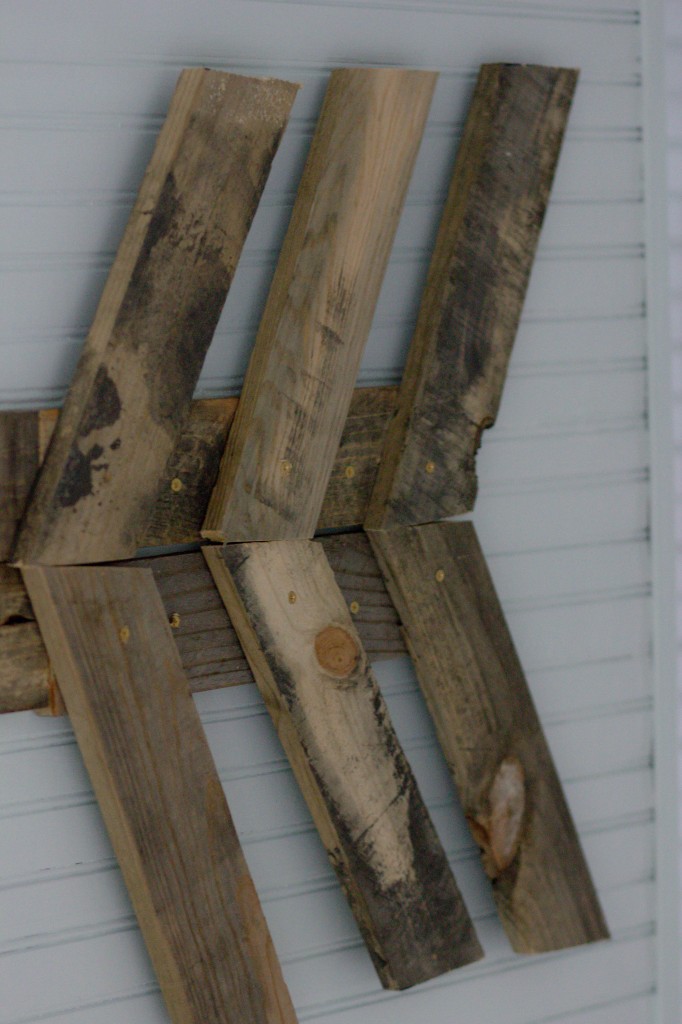 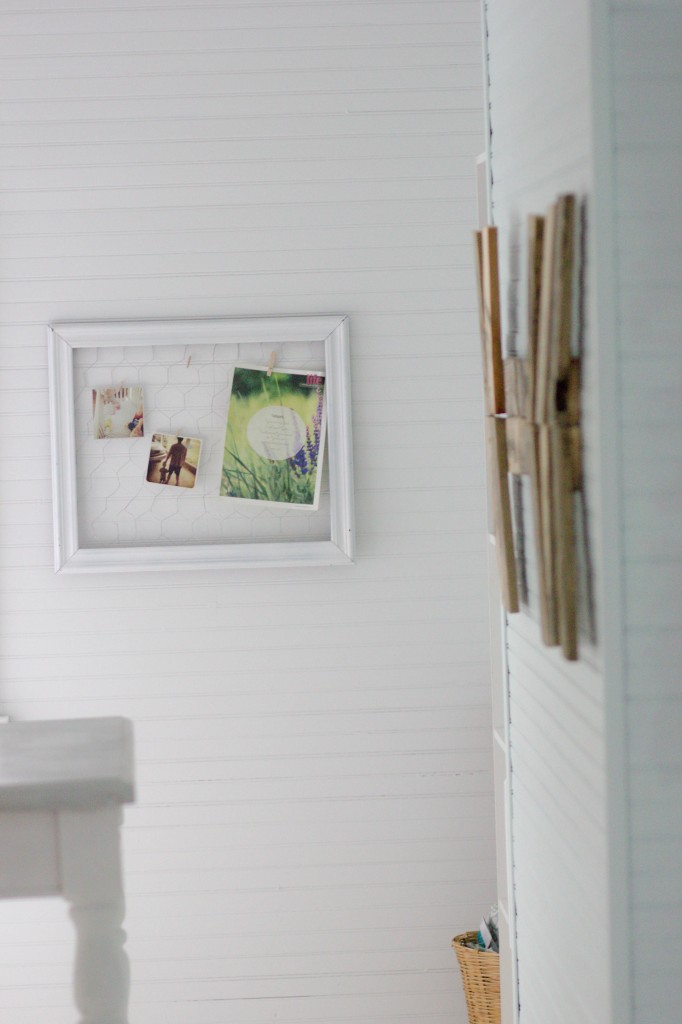 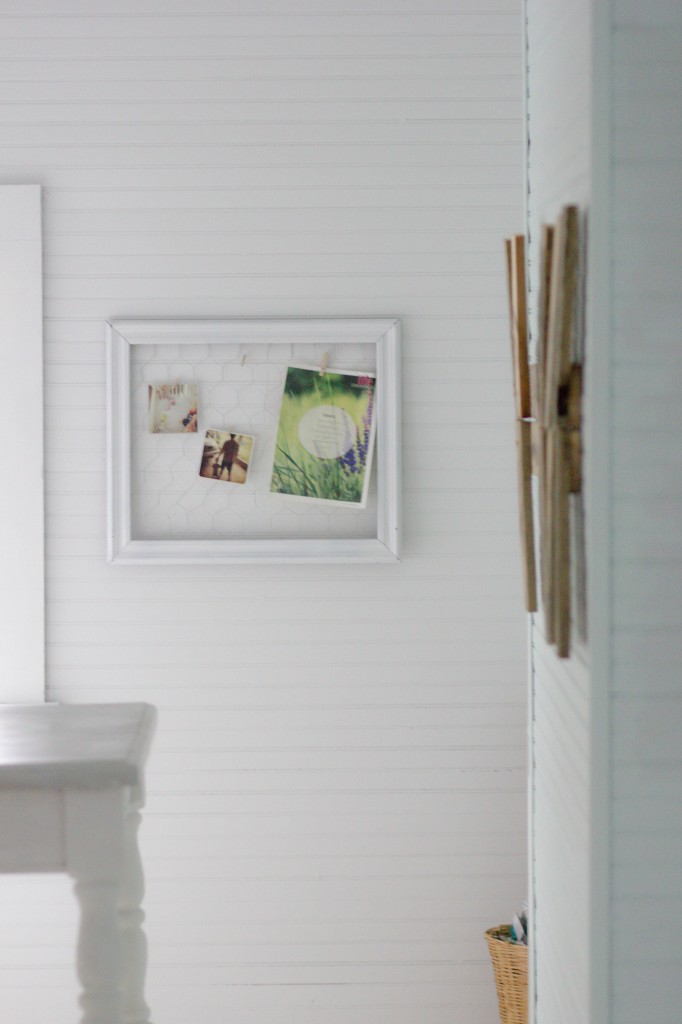 What do you think? What are you making out of pallets these days?

DIY Show Off, Home Stories A to Z, The Shabby Nest, Cozy Little House, The Blissful Bee,The Turquoise Home, A Place of My Taste, Tatertots and Jello, Delineate Your Dwelling, Just a Girl and Her Blog