Last week, we began our kitchen series! We showed you how the kitchen looked before and a sneak peek of after! 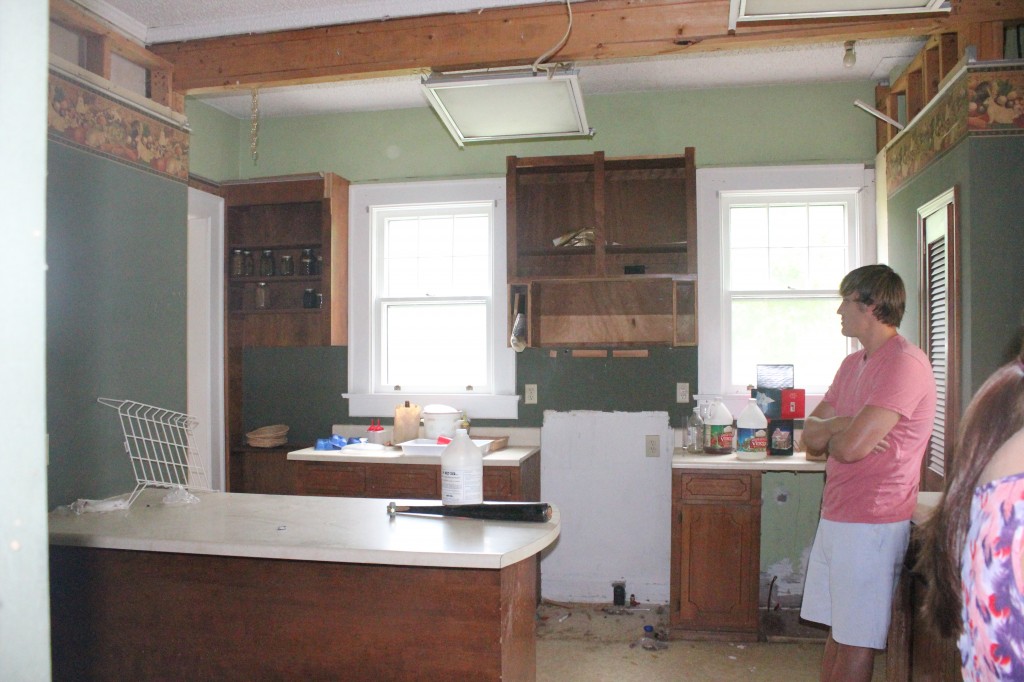 After all of the cabinets were ripped out (since they were literally nailed to the wall), the first thing we had to do was take this entire wall down (chimney and all) to open up the space. (Make a note, too, of where Russ is standing. See that little pantry behind him? It was an electrical box and pipe that also had to come out. Thankfully, it opened up more cabinet space but that certainly didn’t help with the budget!) 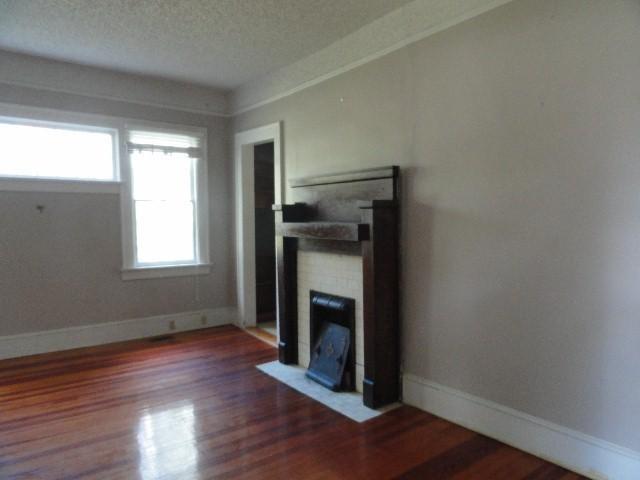 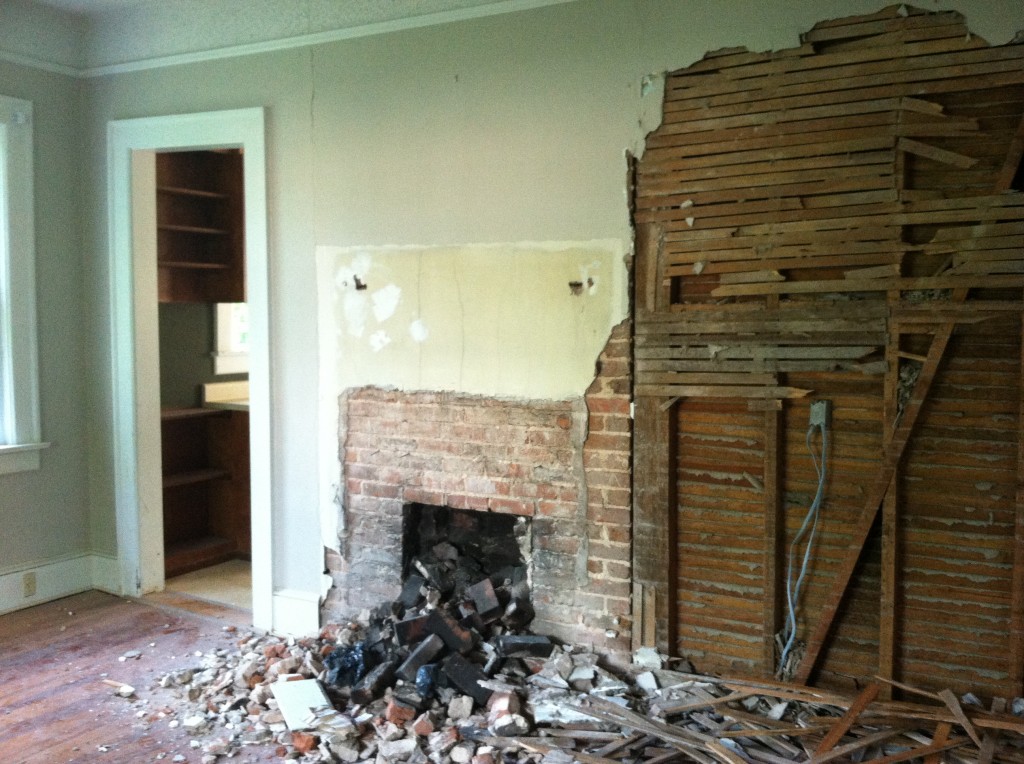 There was even a door frame that had to come down. 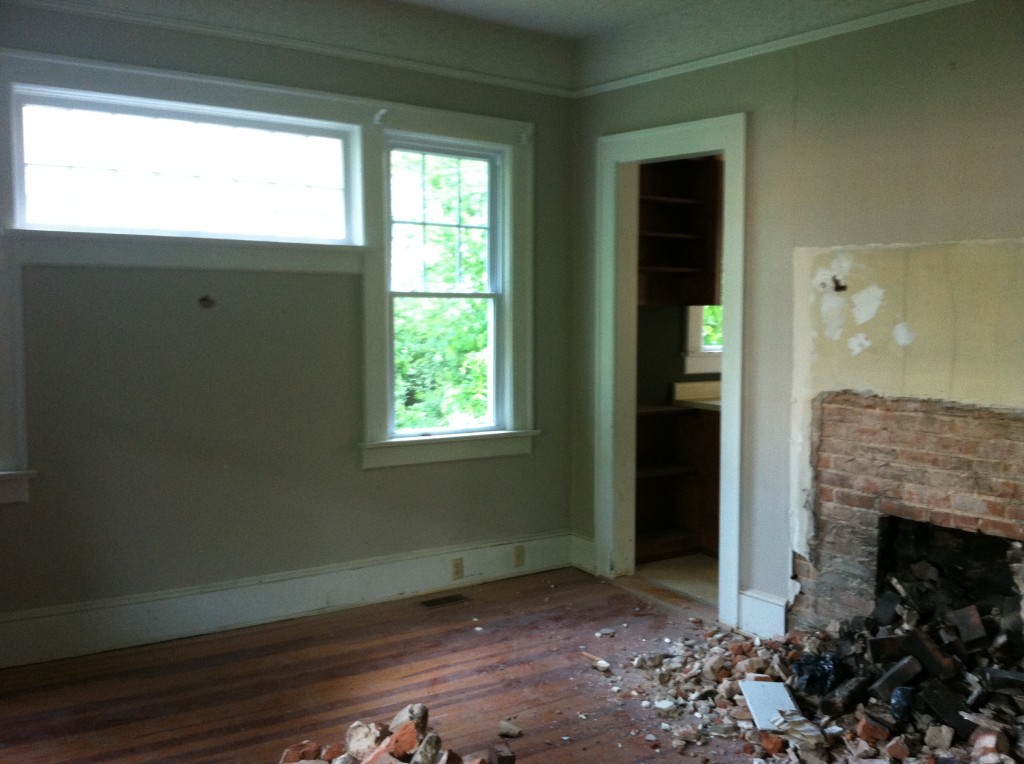 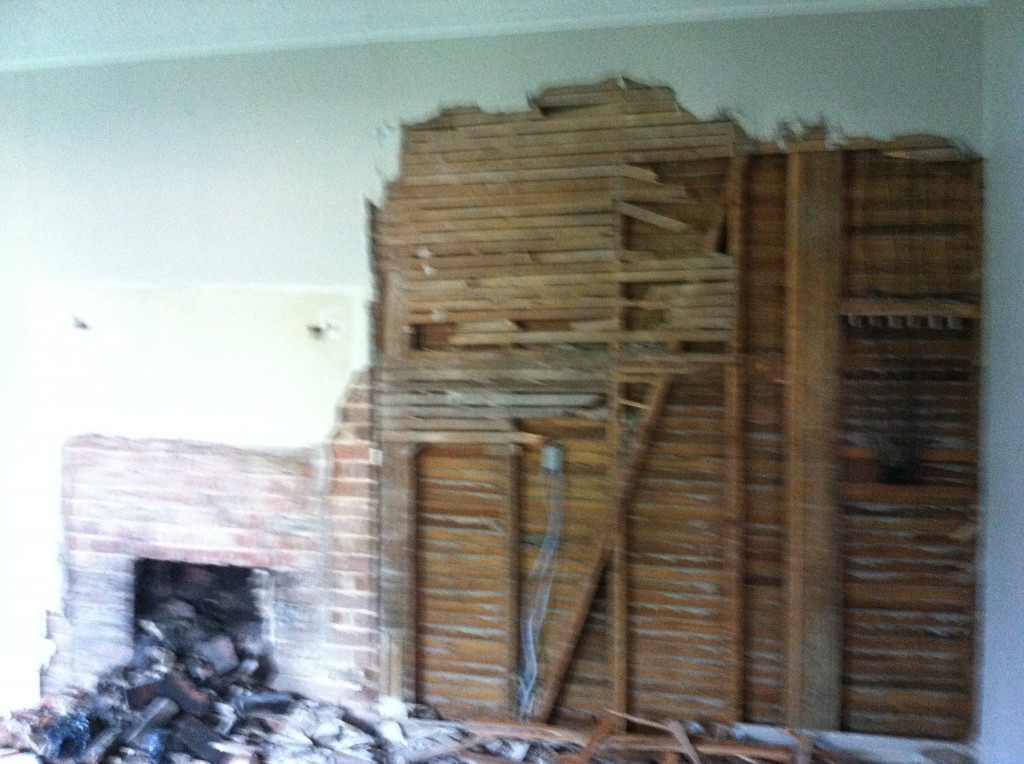 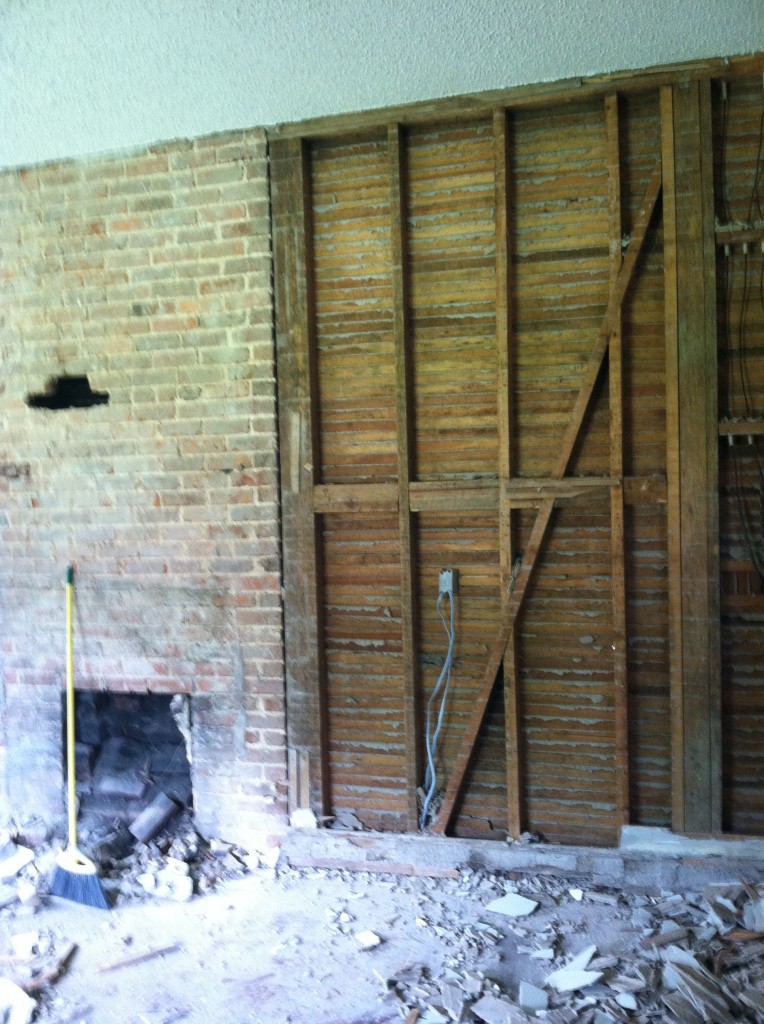 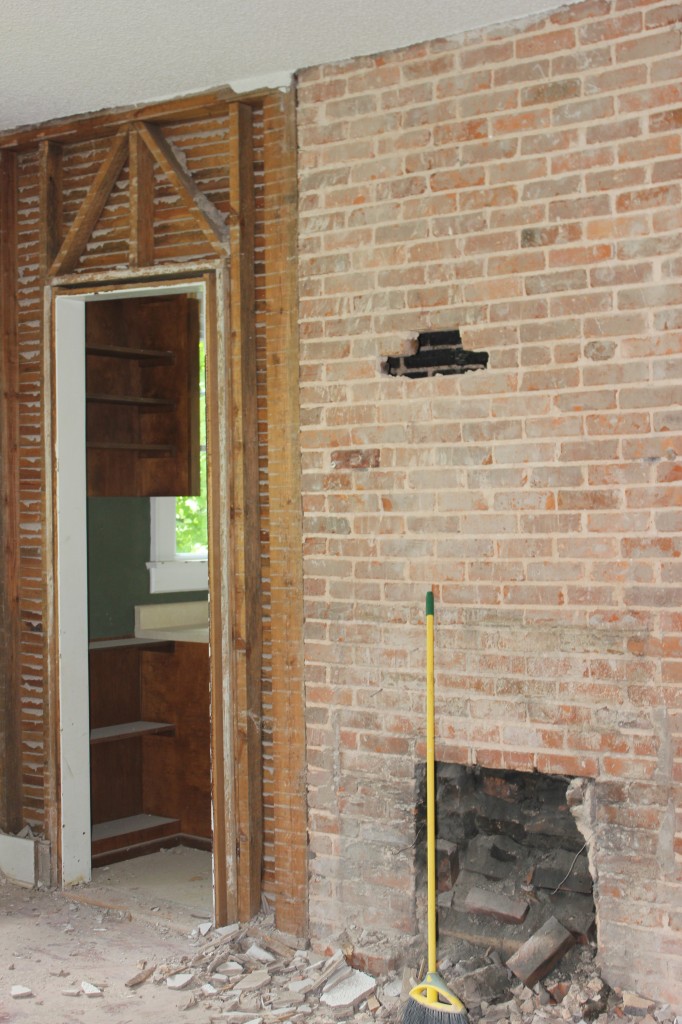 See that electrical box I was talking about….the money just kept disappearing into NOT fun stuff like moving that! (But it was worth it!) 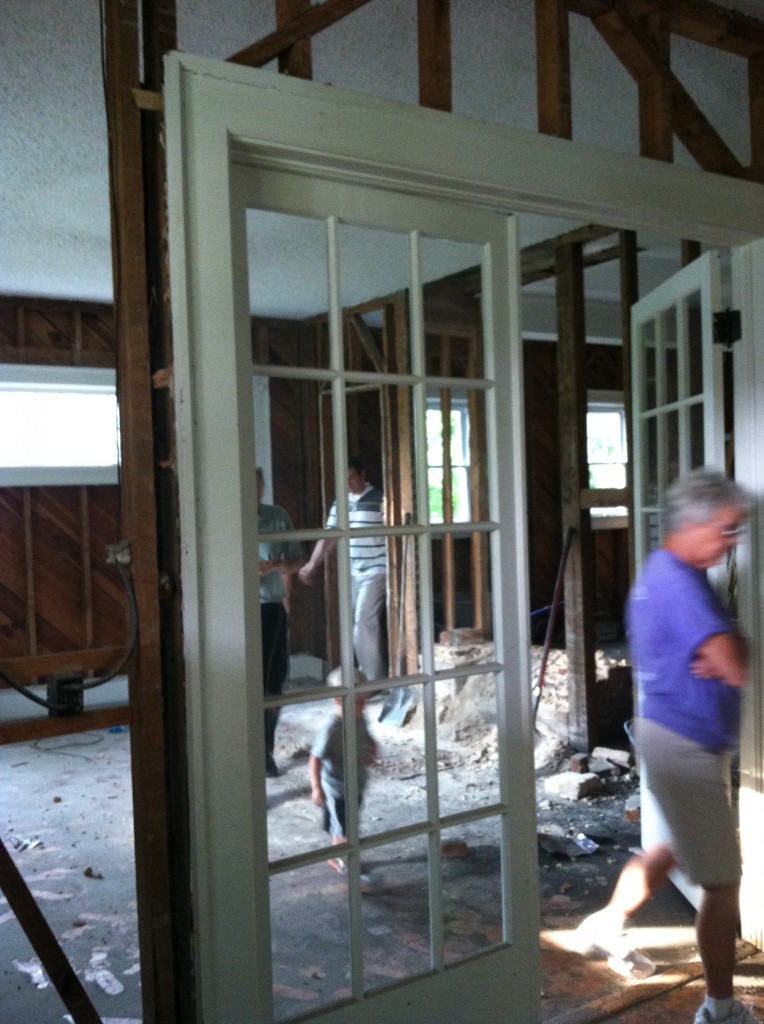 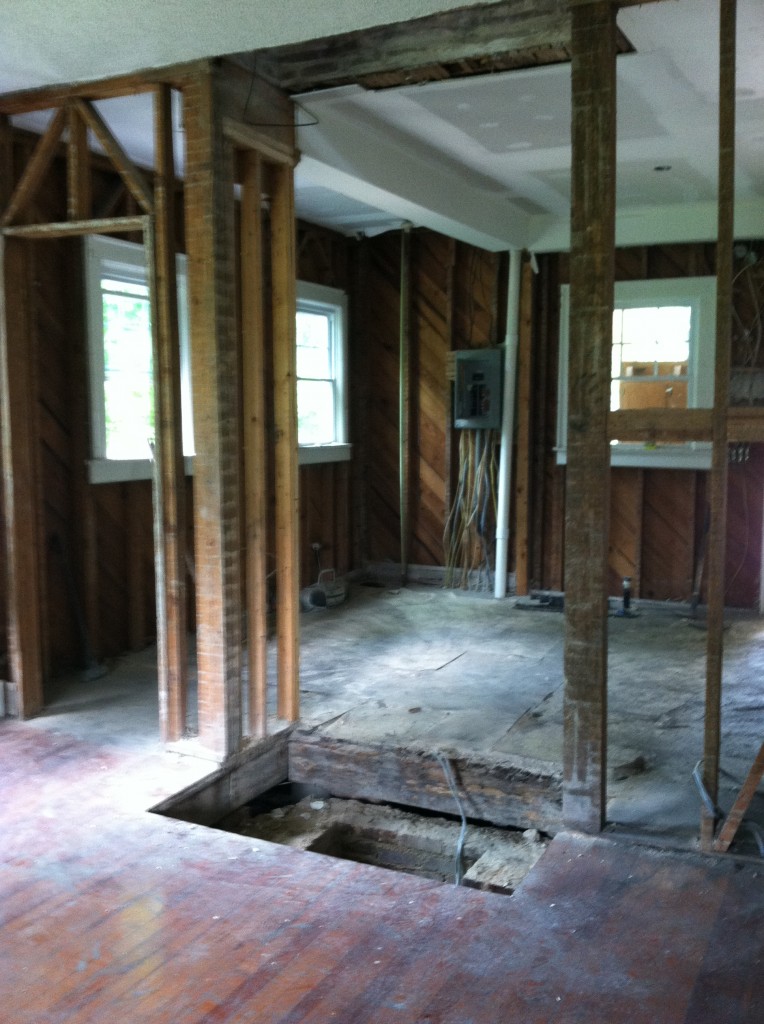 Now, you may notice a huge hole in the floor…yep. That’s where the chimney was. Another NOT fun part of renovation was that the floor was lower in the dining room so we had to add concrete pillars under the house. See why we were on such a tight budget?

Because of all of those things, (wires, pipes, concrete pillars, etc.), we decided (I mean, HAD TO!) go with Lowe’s STOCK UNFINISHED cabinets! We measured the area, and re-measured and laid out paper on the floor, and walked around, and re-measured before we placed an order. BUT before we did all of that, we had to replace the floor. This was the only room in the house where we could not use the original floors…and you can see why below: 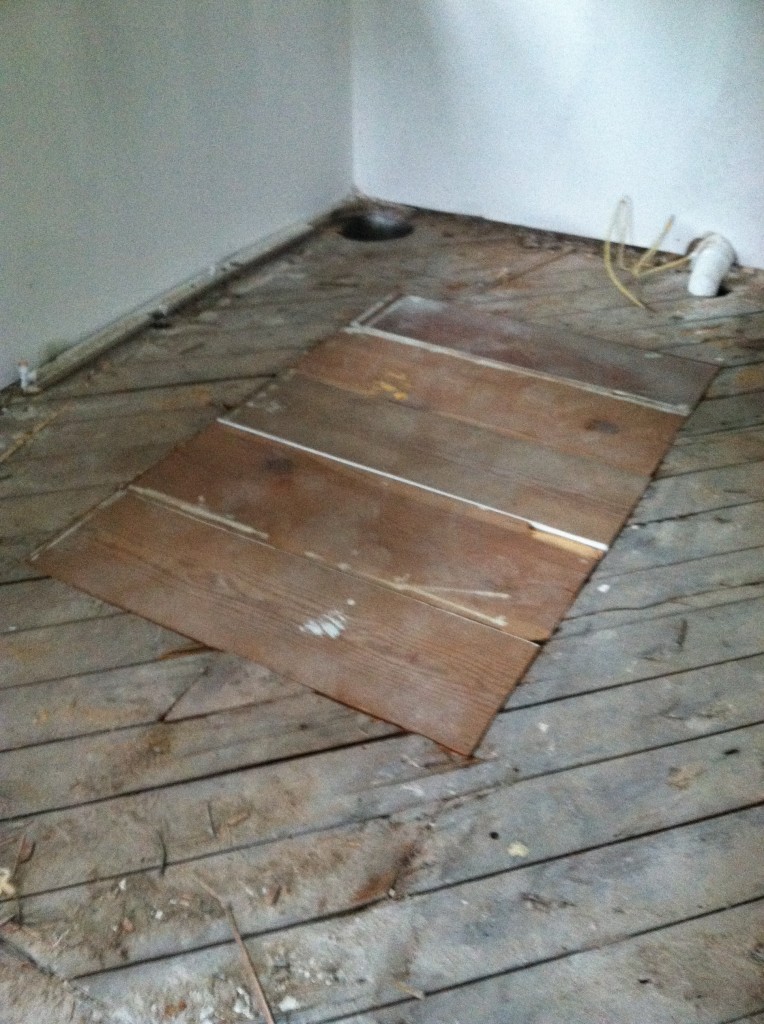 As much as I loved those planks, the big giant piece of plywood covered up nothing. We ripped up the linoleum, put walls back up, took another wall down and FINALLY laid the floor.

Look in the corner, at this point, we weren’t even sure if a NEW DOOR was in the budget! 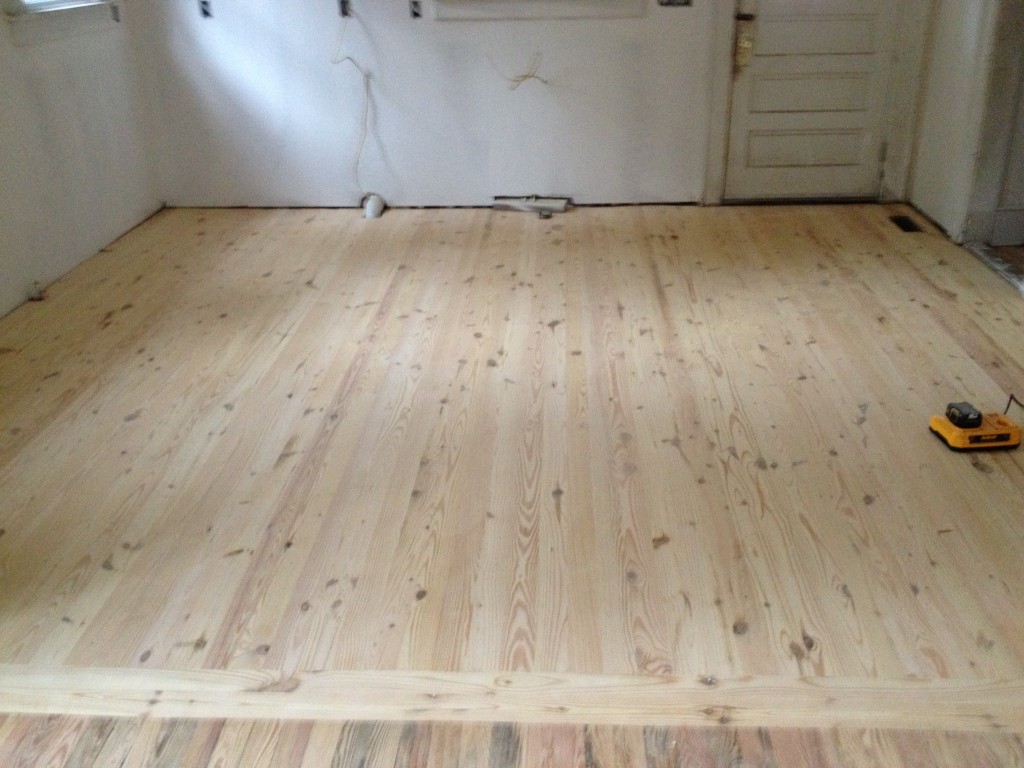 But isn’t the floor beautiful!?! There was heart pine throughout the entire house and it took us a while to get the dark color we wanted, but it finally happened! We had the floor guys test out and mix and mix until I got it as dark as we could make it. It’s funny because after being here a year, the old is starting to come through and the upstairs is still much darker. I don’t mind the character it brings, though!

(Note to anyone trying to re-stain their floors…TRY IT OUT FIRST. My neighbor used Dark Walnut and it’s almost black. So I tried it because I loved it and it was so light brown on my floor!)

I think we ended up mixing Minwax Ebony and Dark Walnut. 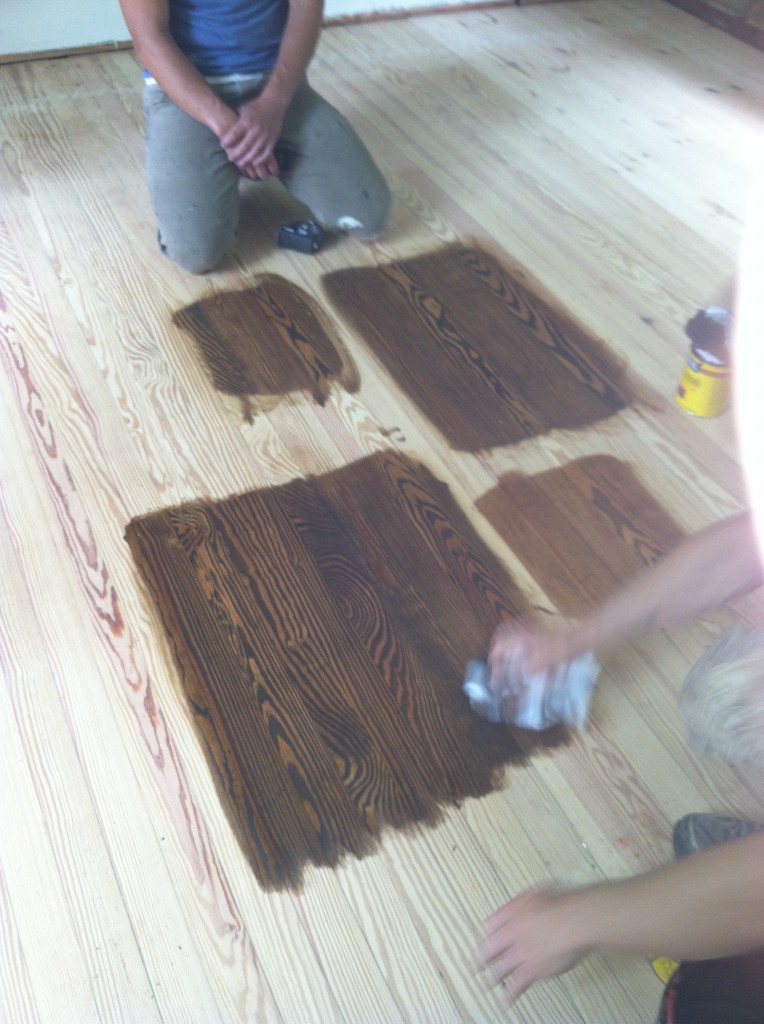 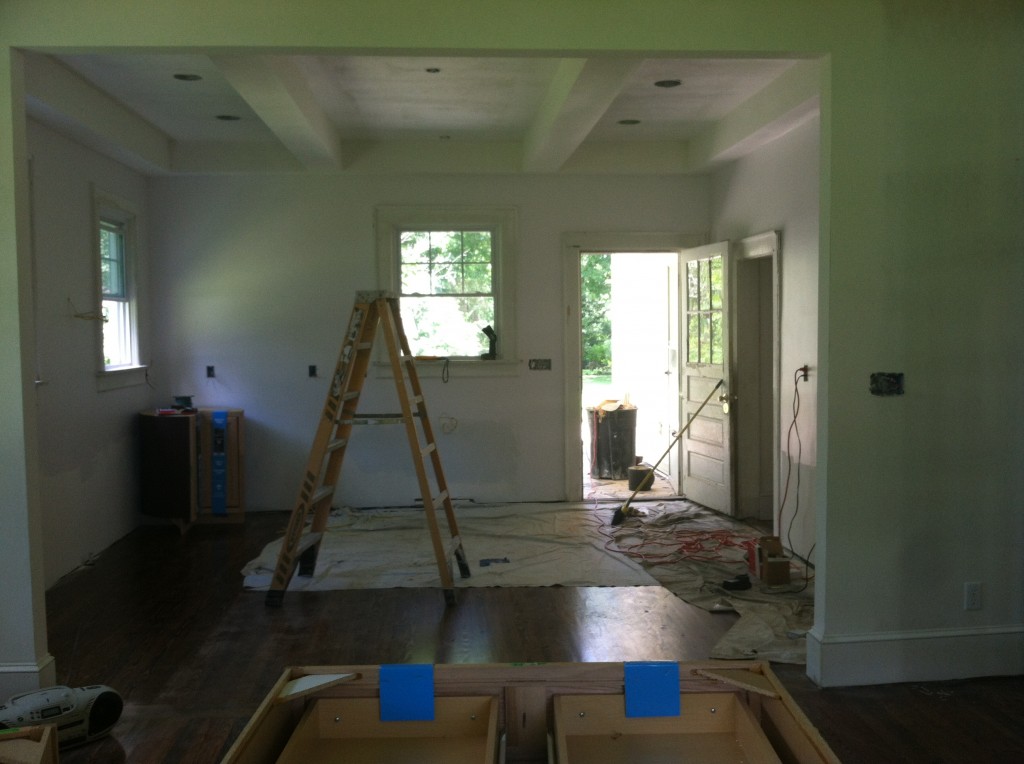 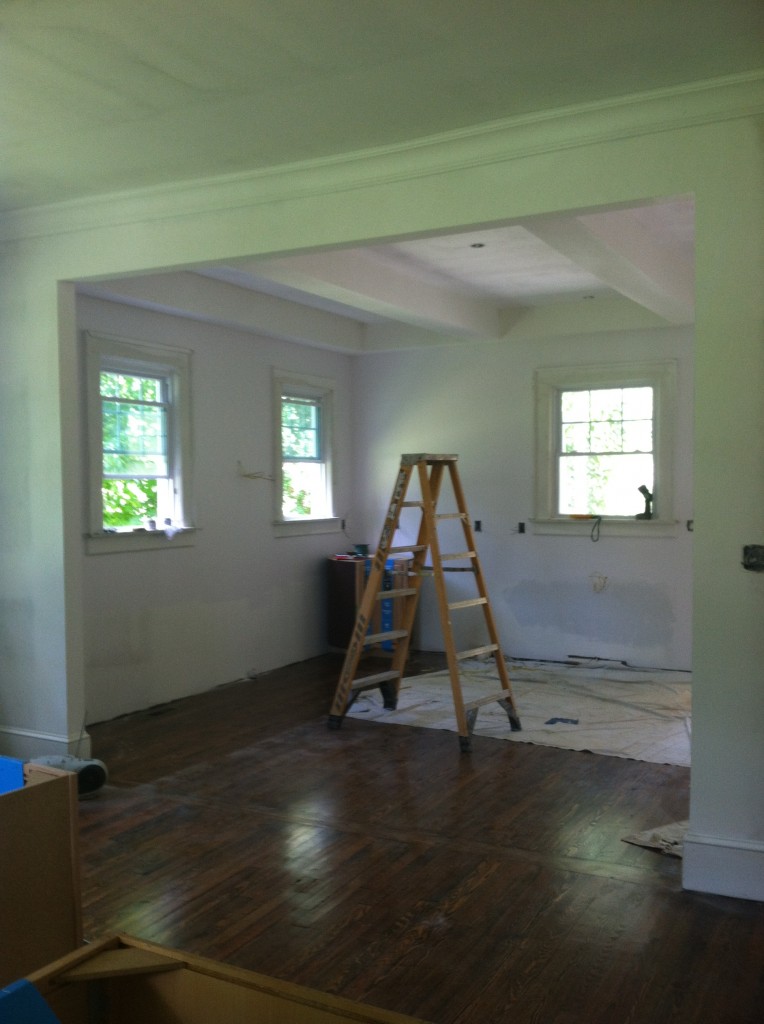 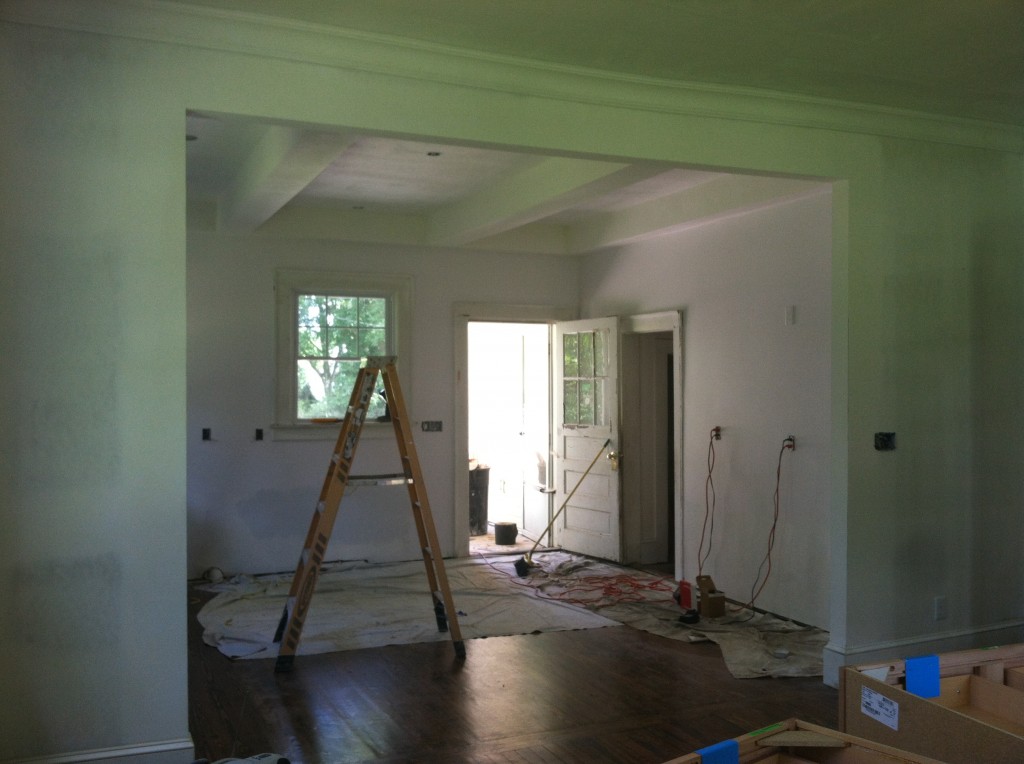 Aren’t they beautiful! I just LOVE old, dark hardwood floors! It’s almost seamless where the chimney used to be. I still look at this in shock from what it used to be…it was the longest summer of my life going through this renovation with a newborn, too, but we are so pleased! I can’t wait for you to share the rest of the story with you!

Be sure to check back next week to see how we transformed our plain, oak cabinets!