I am soo excited to share this little project with y’all! I’ve never shared a layout of our house but one of the things that I loved so much was that the two upstairs bedrooms are connected by a tiny room. Upon talking with several people that know the history of this house have said this little room used to be a kitchen because upstairs used to be apartments. See those little dormers? That’s where the playroom is. (This is our house before updates!) 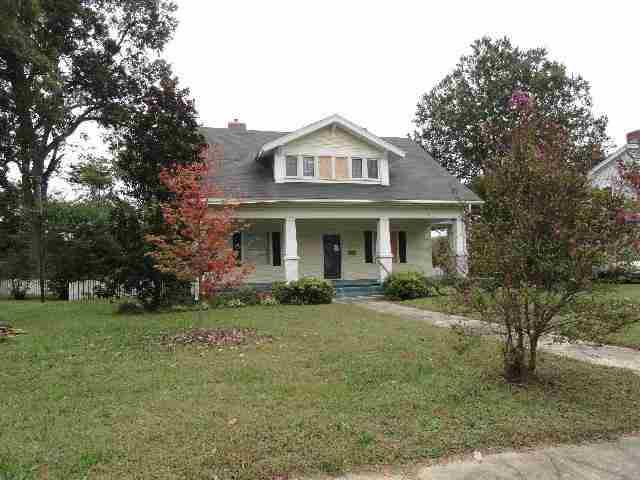 Anyway, this room was just plain blah for a while. Not terrible but not what we had envisioned. 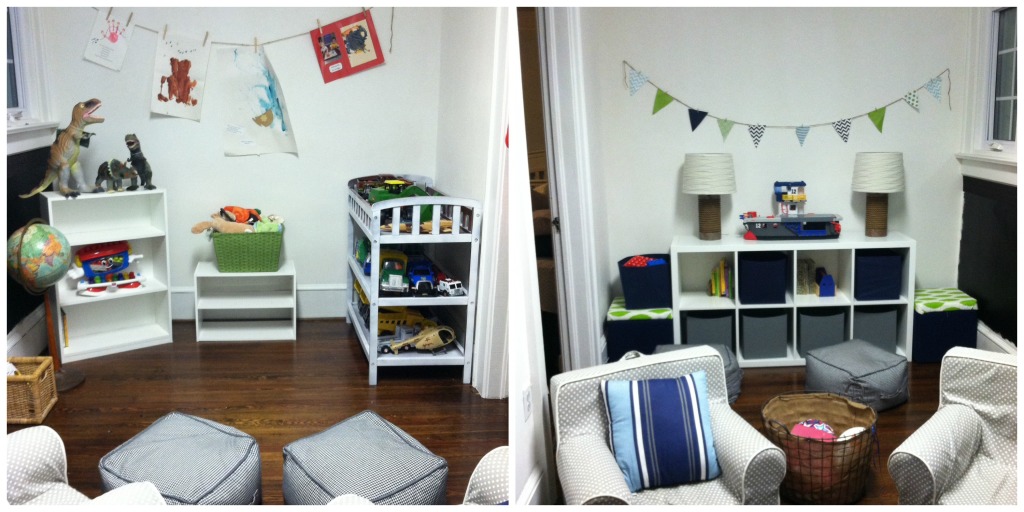 You may remember that I painted most of the house white and this room was sprayed white, too. The one thing I was determined to do was paint a chalkboard wall under the windows so that is DONE but we still need to add molding!

So, for the next few weeks, follow along as we tackle these little projects to make this room functional and fun for the boys!

Because, honestly, this is what it looks like most days! 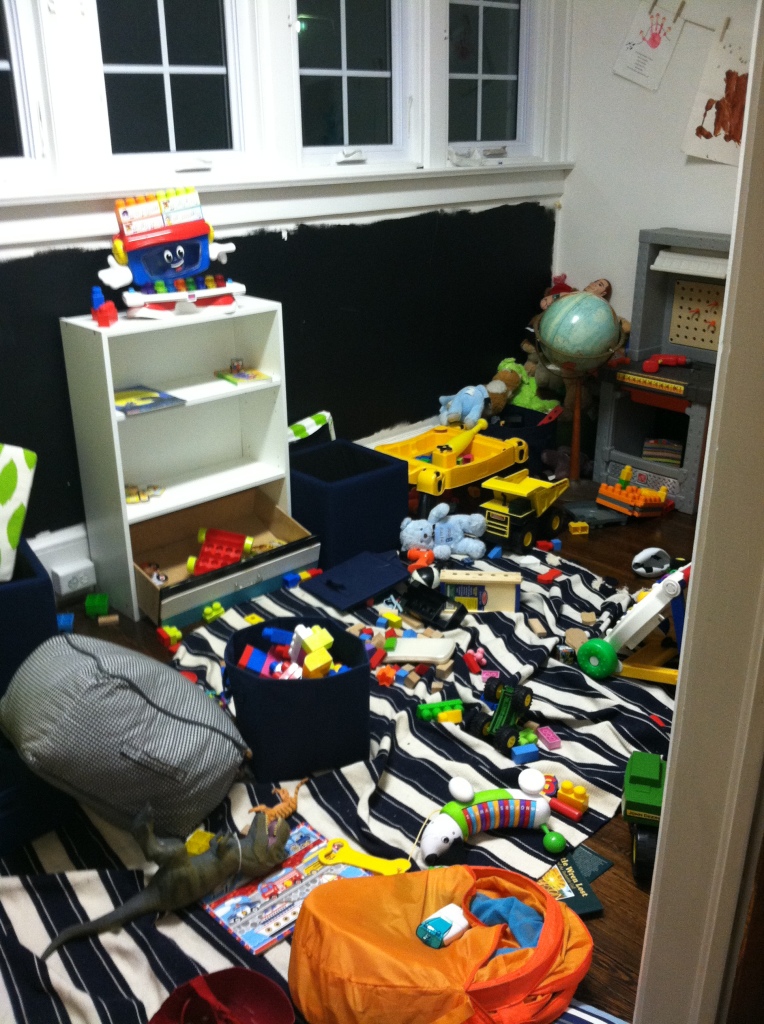 You also already know that I love a coastal, cottage feel. What better way to do that than a plank wall! Krista over at The Happy Housie, had an amazing tutorial and this was actually a super easy project!

This project also had to be, of course, on a super tight budget and with two boards totaling $30, I’d say we made a huge impact for a tiny price!

Krista’s tutorial suggested an MDF but our local Lowe’s did not have it anywhere so one of the excellent helpers showed us a thin plywood. 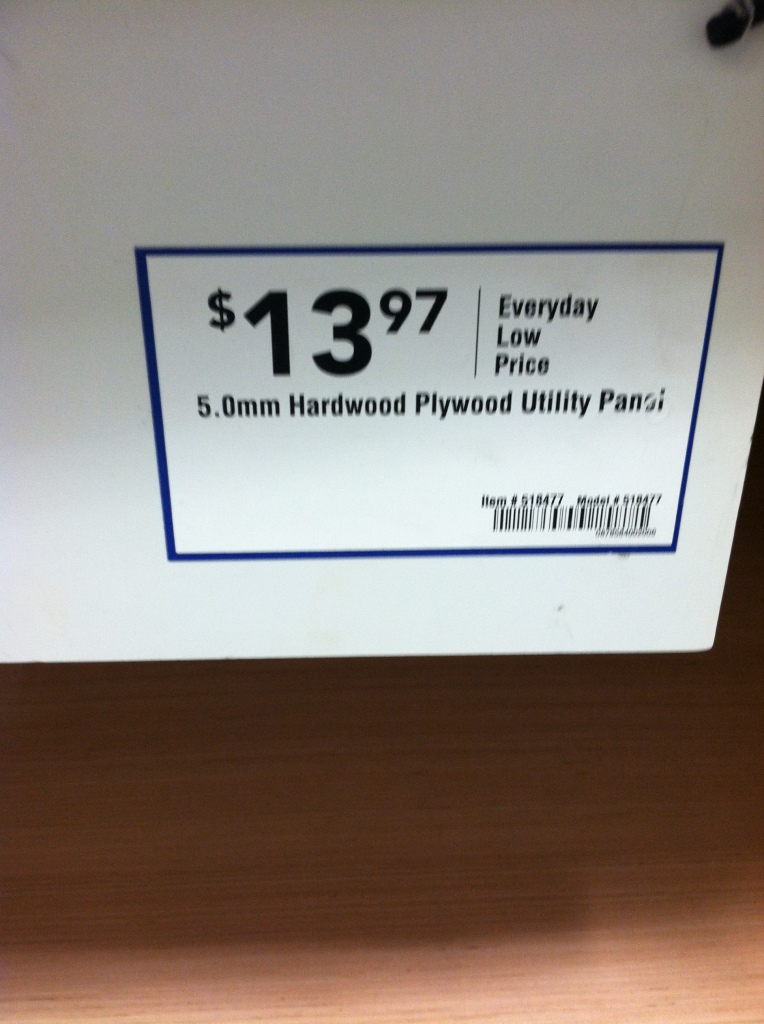 Then, for 25 cents/cut, we had them cut it into four inch planks!

All we had to do when we got home was measure between studs for nails and cut around the windows! 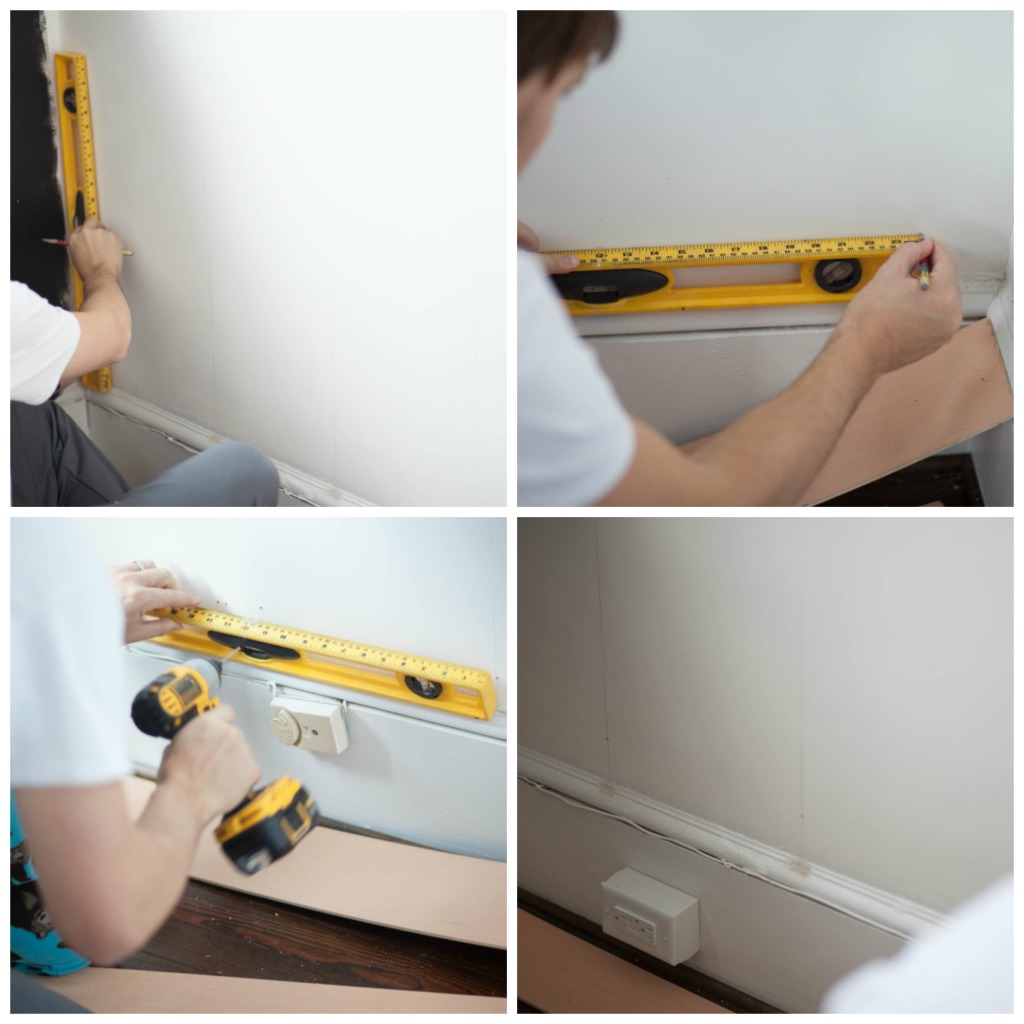 Then, using my dad’s amazing nail gun, we tacked the boards up fairly quickly. You really do want two people to do this to hold the boards in place. (The nail gun actually took about two hours off the project. If you can get your hands on one to do this project, I strongly suggest it!) 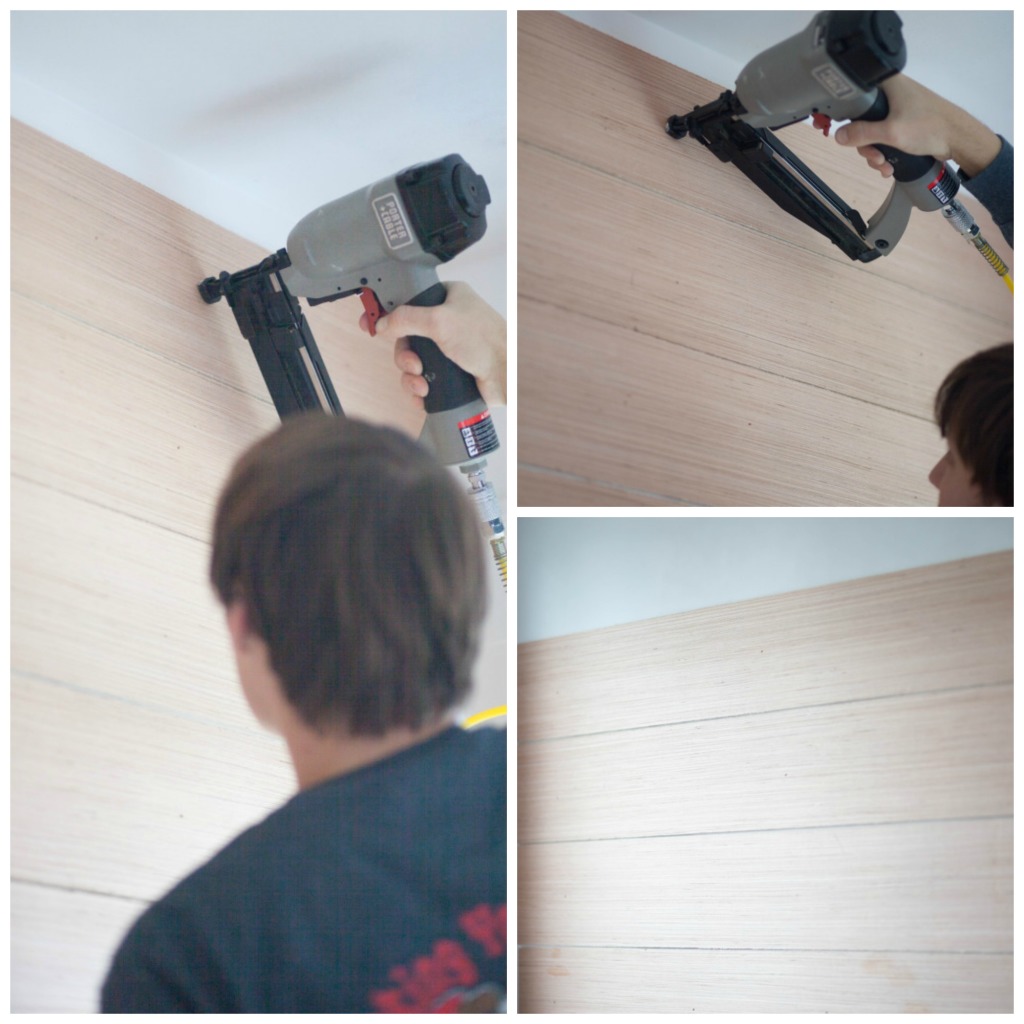 We used TWO pennies for spacers (only because I couldn’t find enough nickels–#firstworldproblem).

Not sure why there is only one in this picture. #stagingproblems 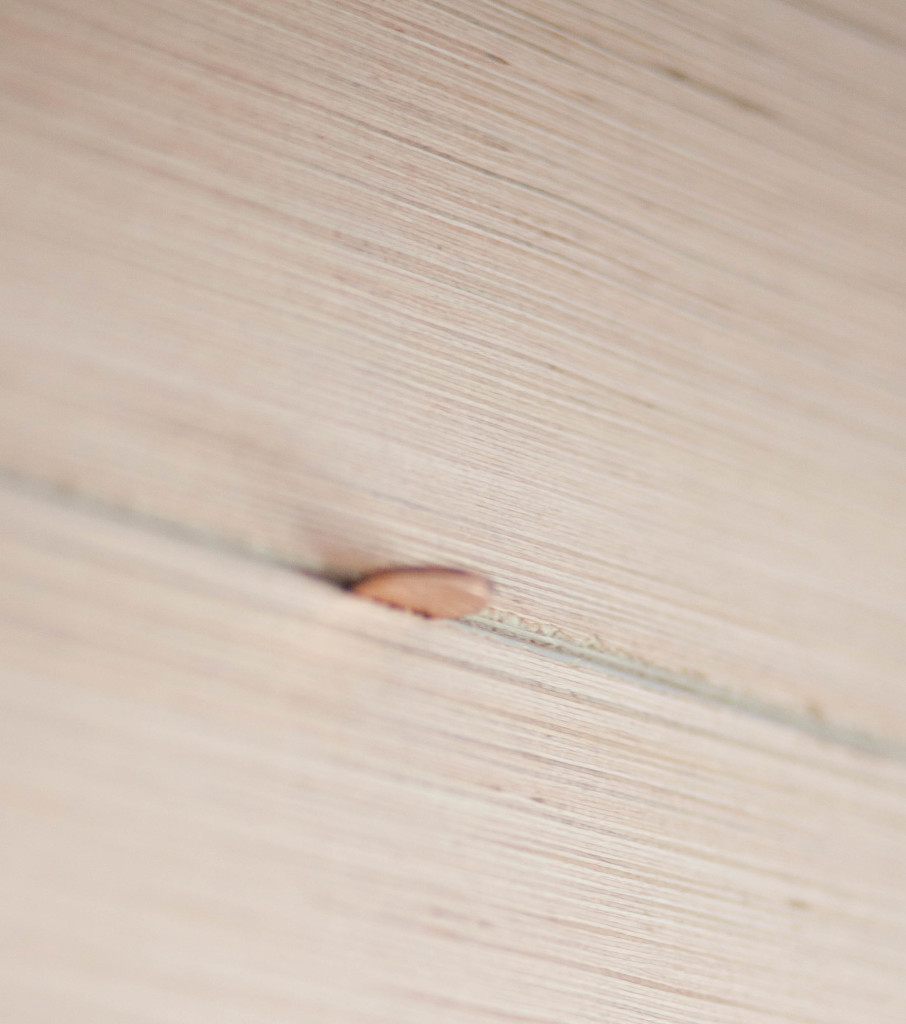 We also had a great little helper as we worked on this project. 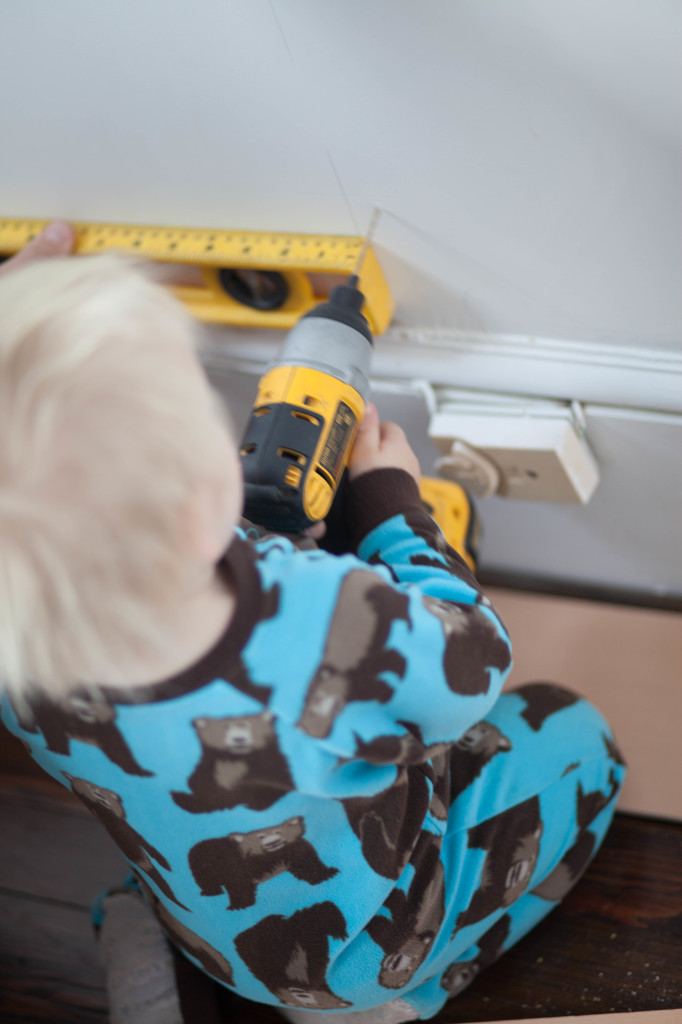 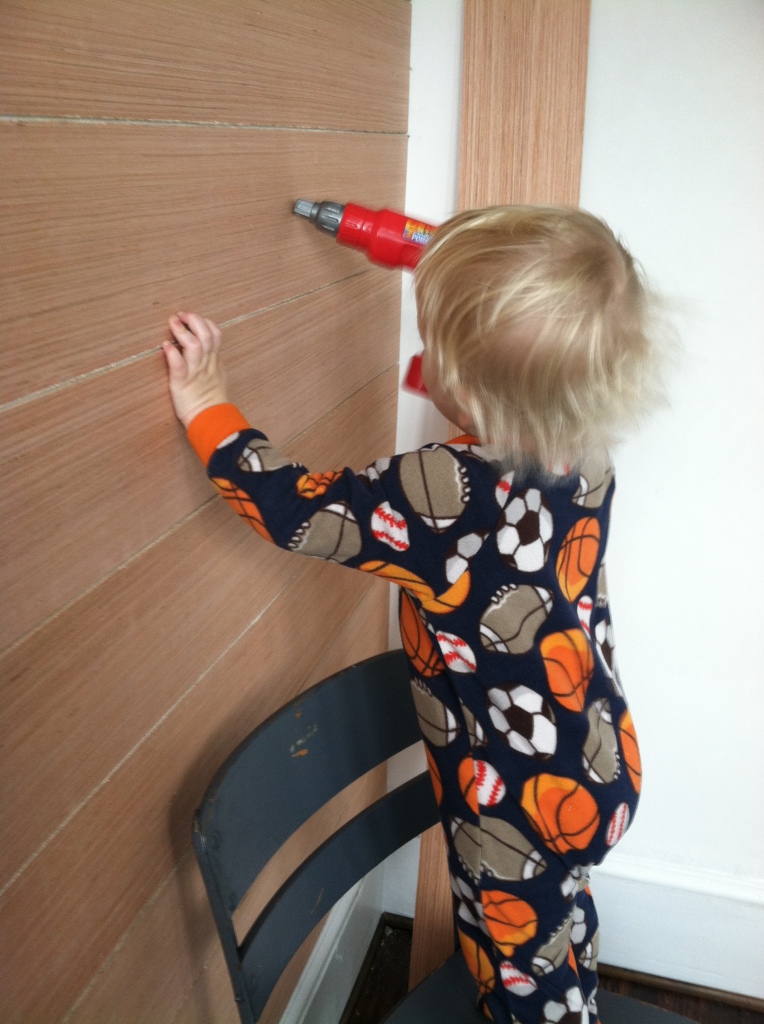 (I know he needs a hair cut, okay? You try getting him to be still long enough. And yes, I was blocking the door while we used the nail gun. No children were harmed in this project.)

Then, with a couple of coats of white paint my favorite Ultra White by Valspar, we were finished! Now, if you are a perfectionist, I do suggest filling in the holes prior to painting then sanding lightly. However, sneaking up here to paint without children was especially hard during basketball season so when they were gone Friday night and Russ was on his way home from a game, I painted! 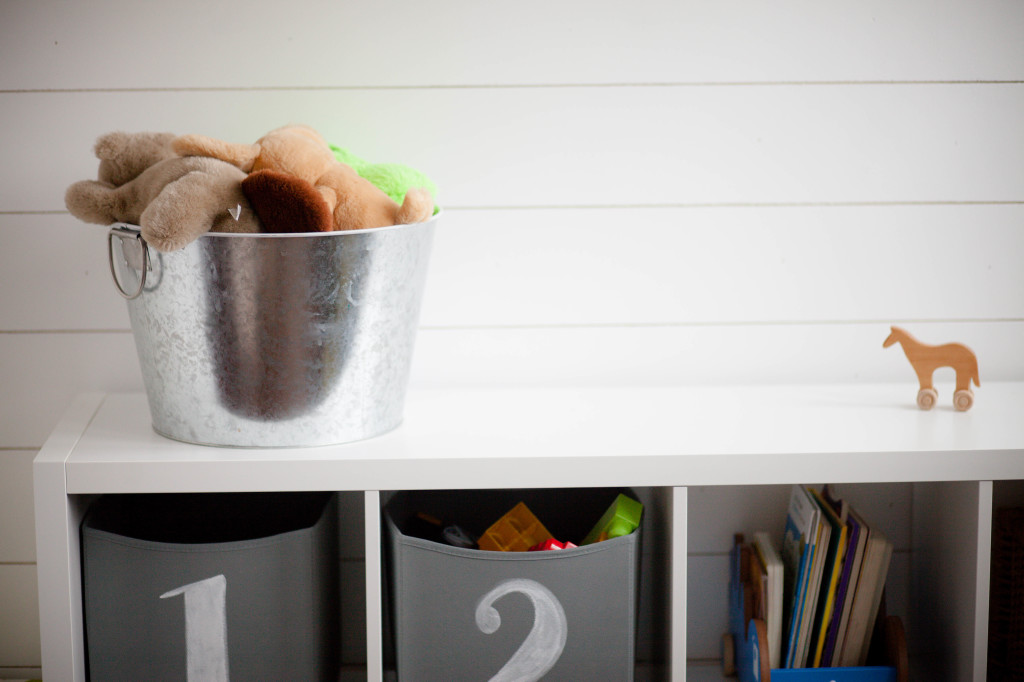 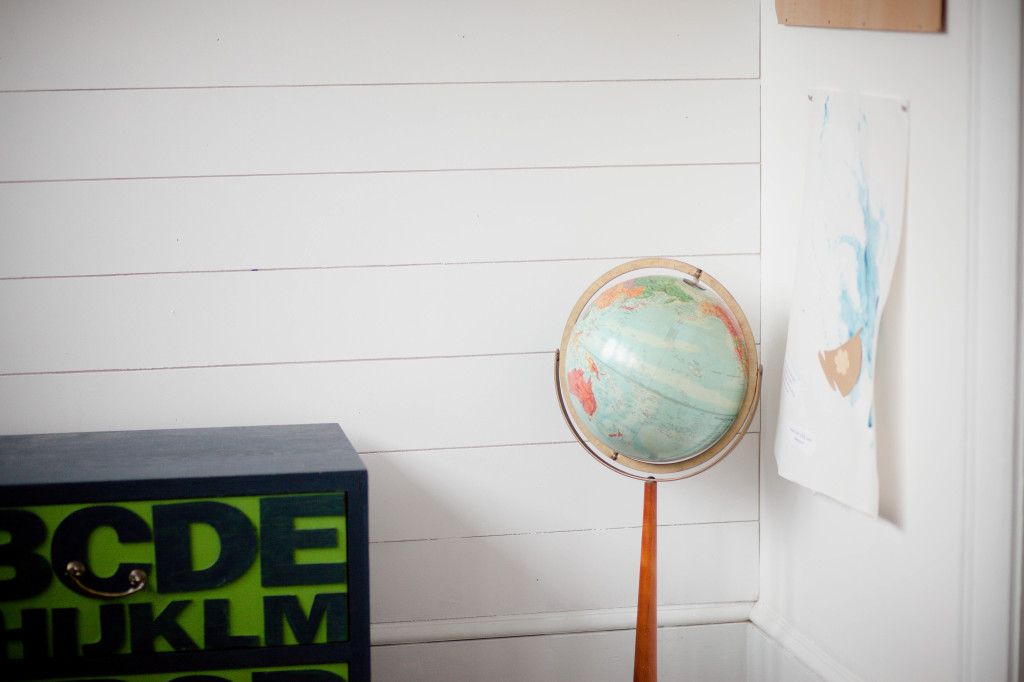 I still need to go back and fill the holes and sand but I kind of like the character it adds. The helpful guy at Lowe’s said to be careful with this board because it would dent easily and I just laughed and looked at my boys. Obviously, we don’t strive for perfection. (This was happening on the other side of the room while we worked!) 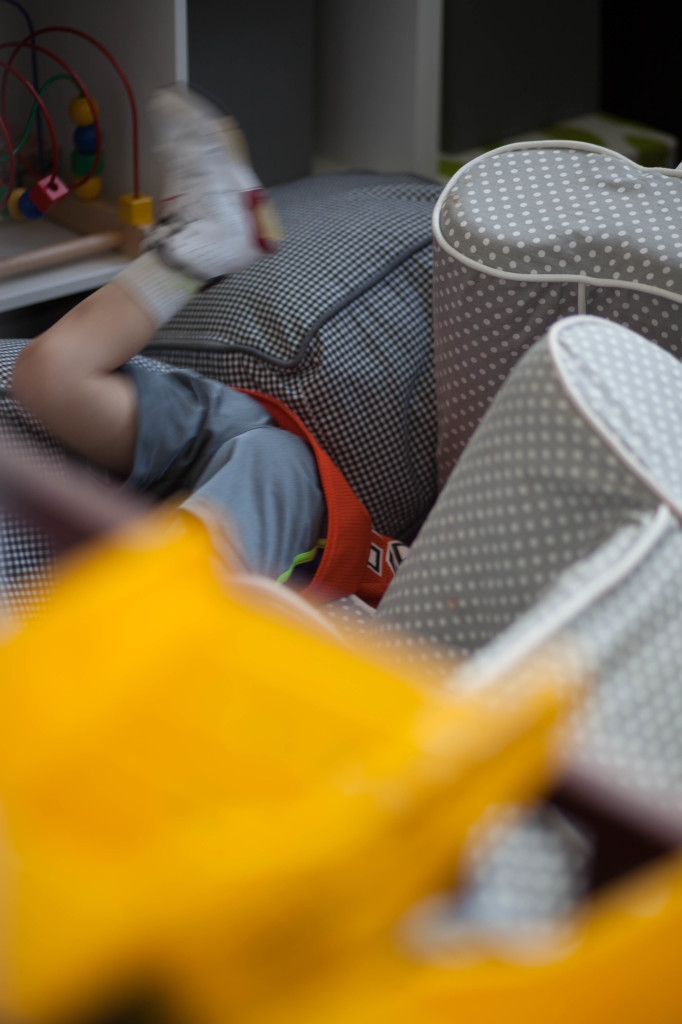 Be sure to check back next week as we continue progress on the playroom!

Don’t have time to do this project right this second? Pin it for later! 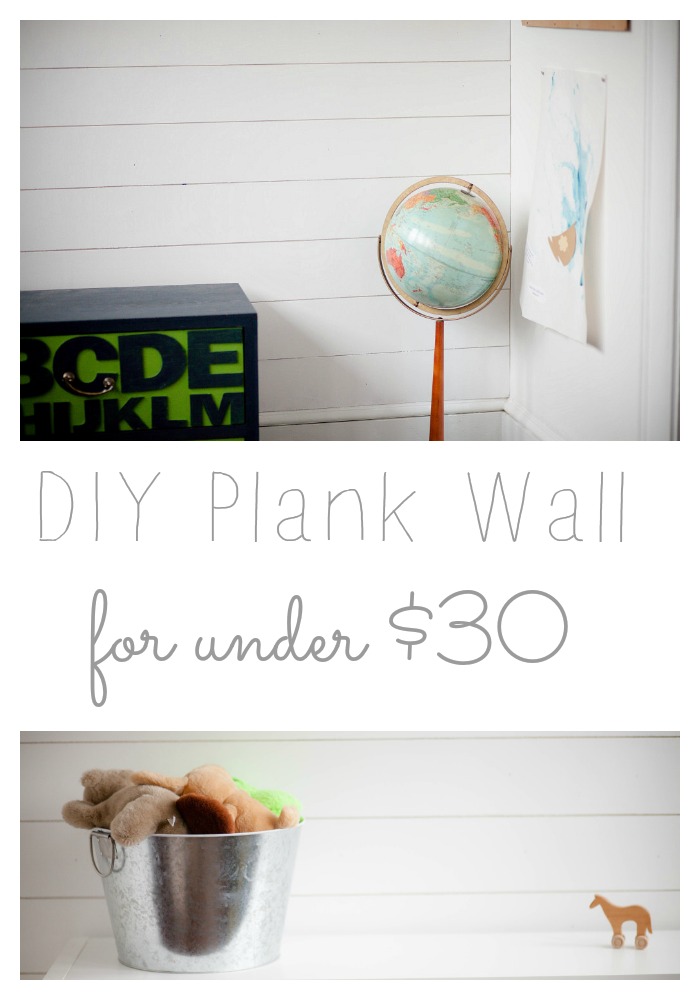 And the tutorial for the thrifted nightstand can be found here! 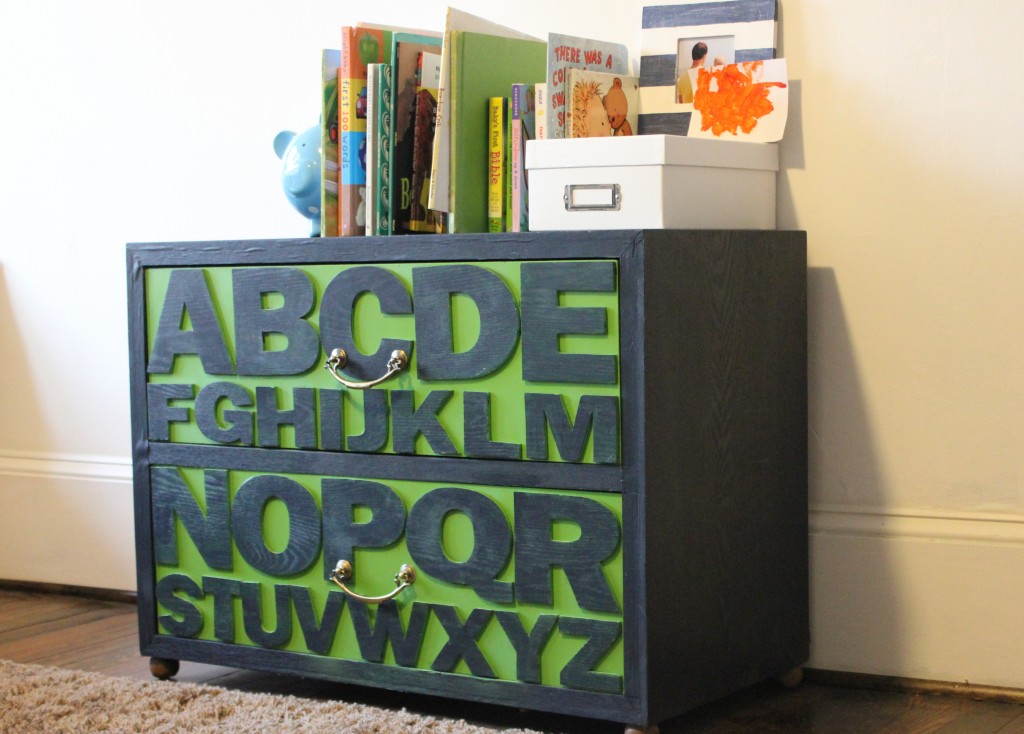 Sharing here: The Happy Housie, Tatertots and Jello, DIY Showoff, Just a Girl and Her Blog