I really really love the fringe mobiles I have seen floating around Pinterest.

And I really really love the tassel garland I have seen floating around Instagram.

But neither was in my budget.

So when I found a pack of tissue paper tassels at Target, I snatched it up.

I remembered the inside of an embroidery hoop I had at home, used the twine in the bag and voila! 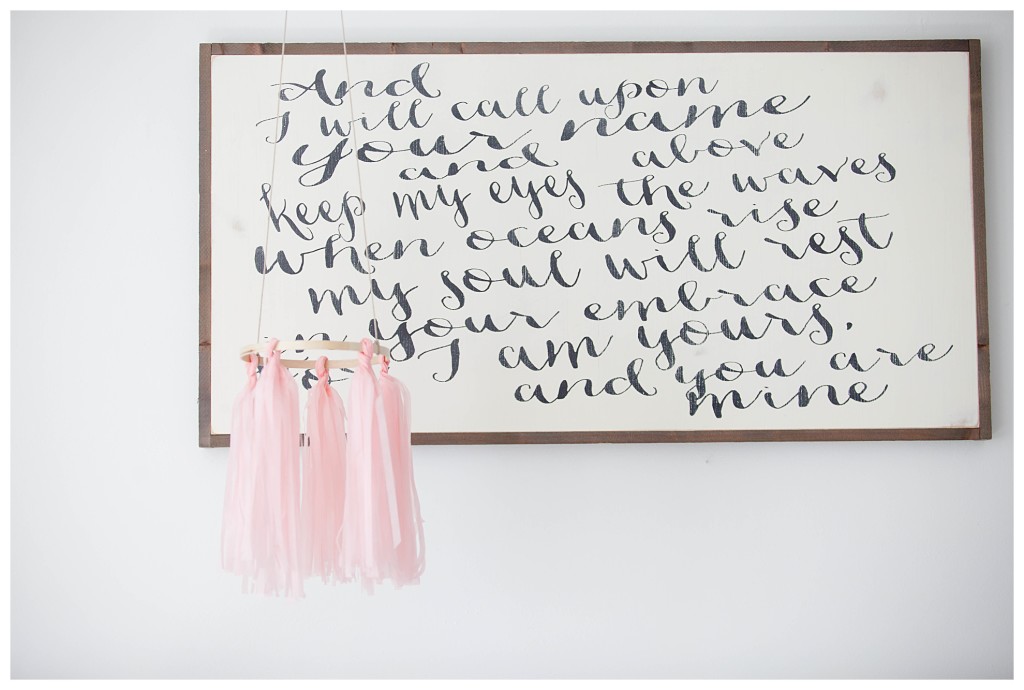 (The back of the pack of tassels give SIMPLE instructions but basically you flatten the pre-cut up tissue paper, gather it in the middle and twist it to make a loop.) 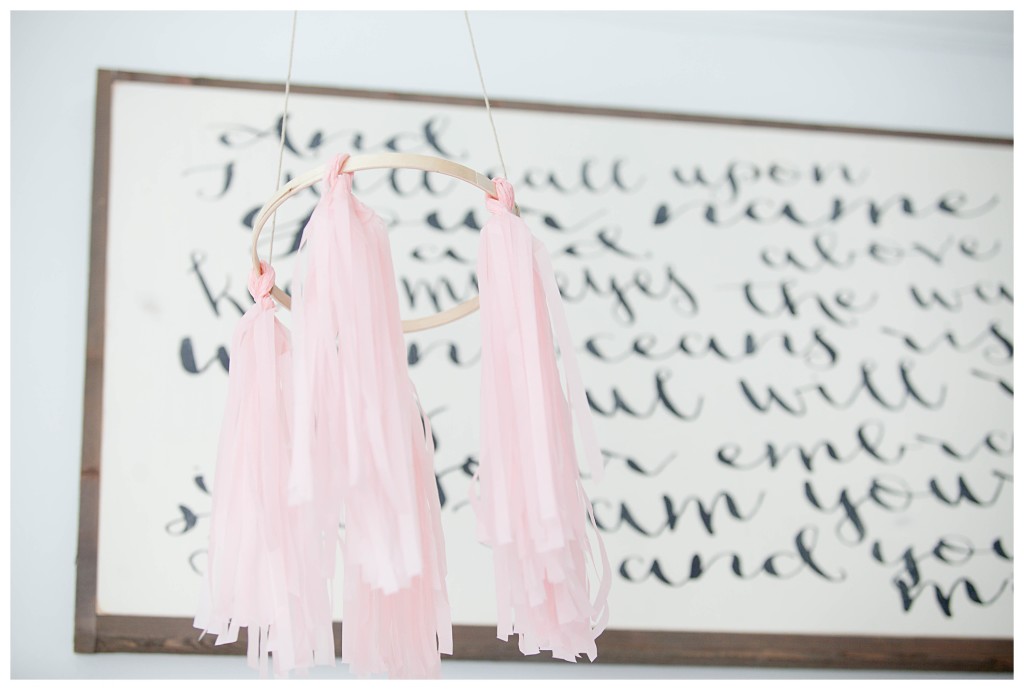 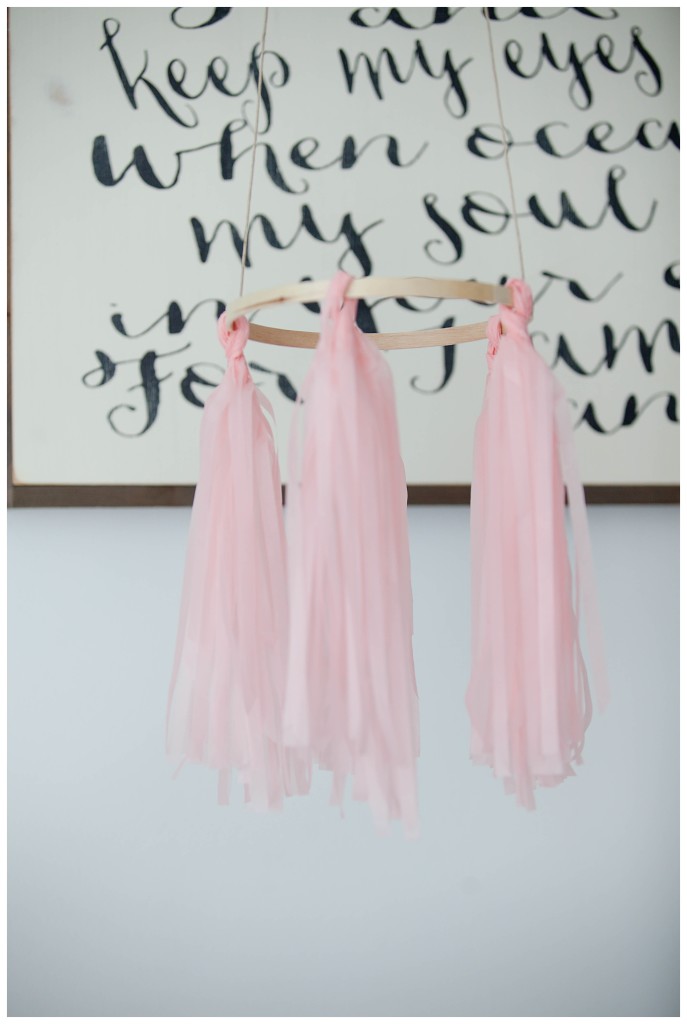 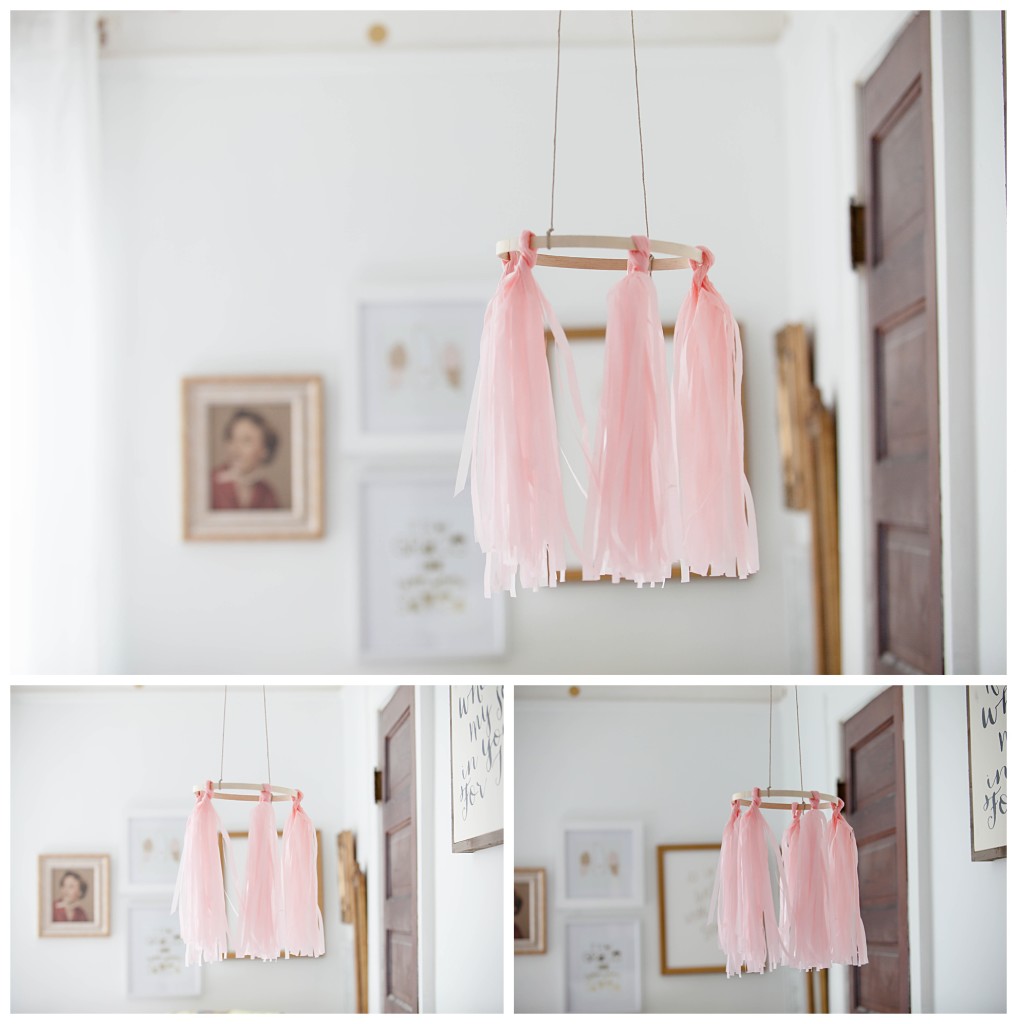 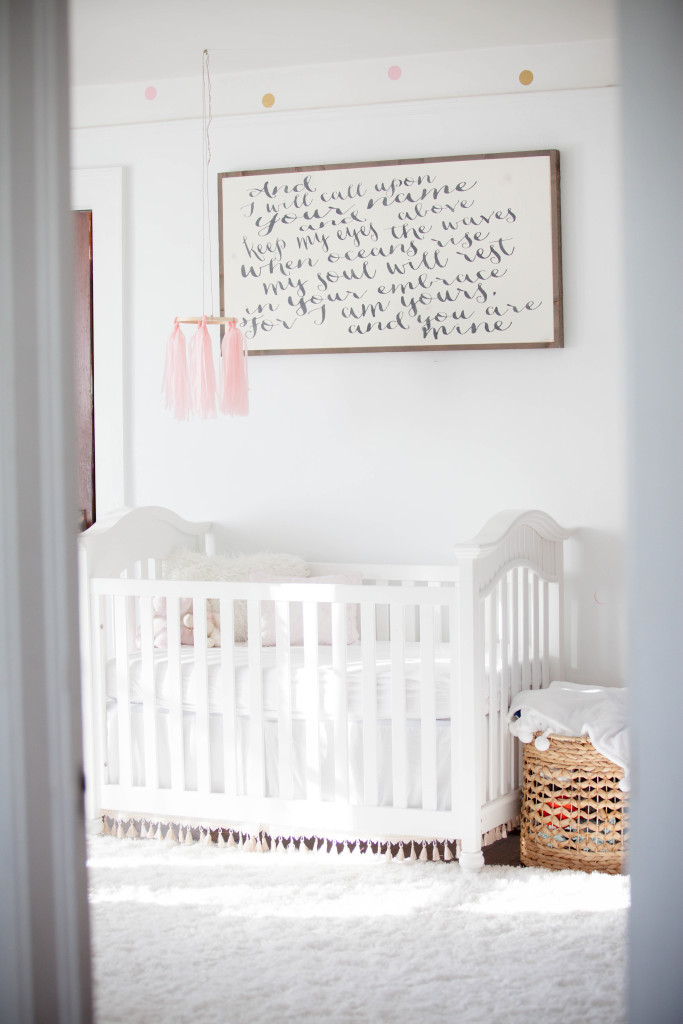 So when I wanted to make a little banner, too, I used the same tutorial. Except I wanted white tissue paper (not in the pack) so I colored the ends of it first with a gold paint pen, cut it in half and then cut up the middle. I couldn’t believe how simple it was! And this way, I have a TOUCH of gold but not too over the top since there’s already enough gold in her room. 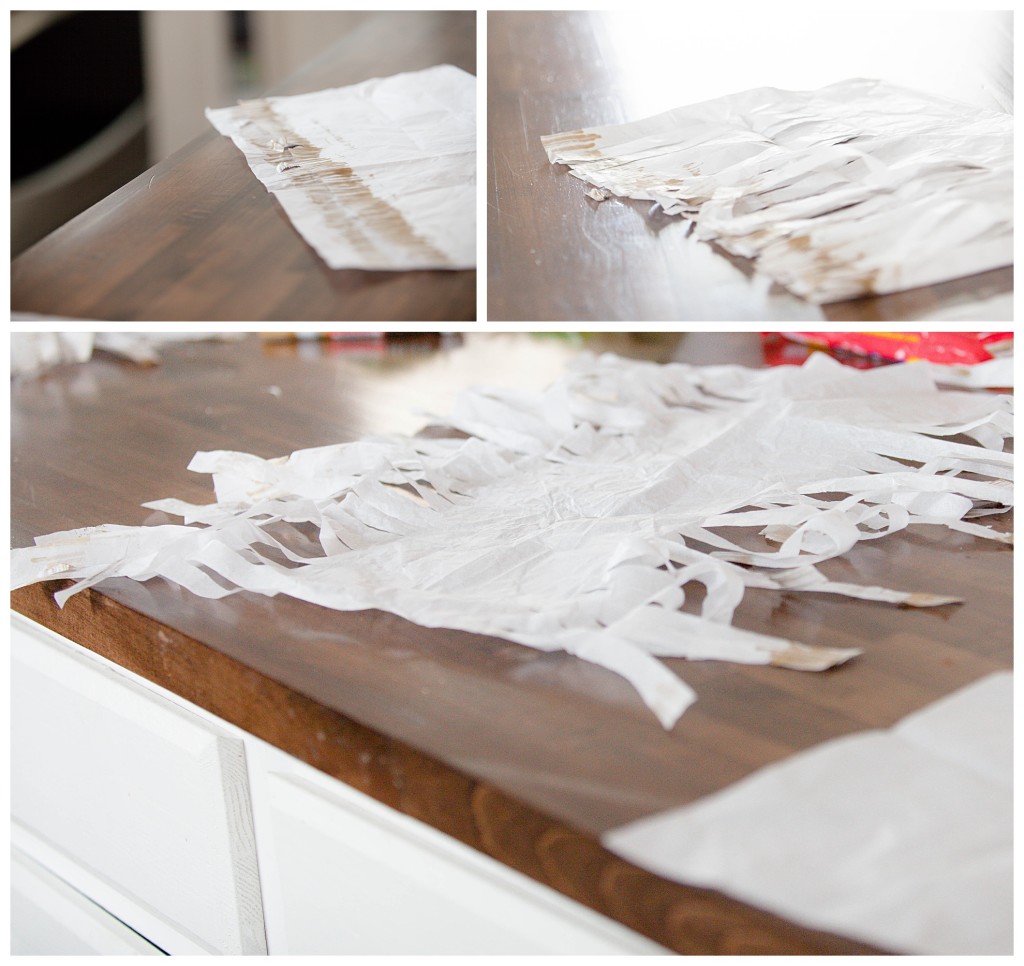 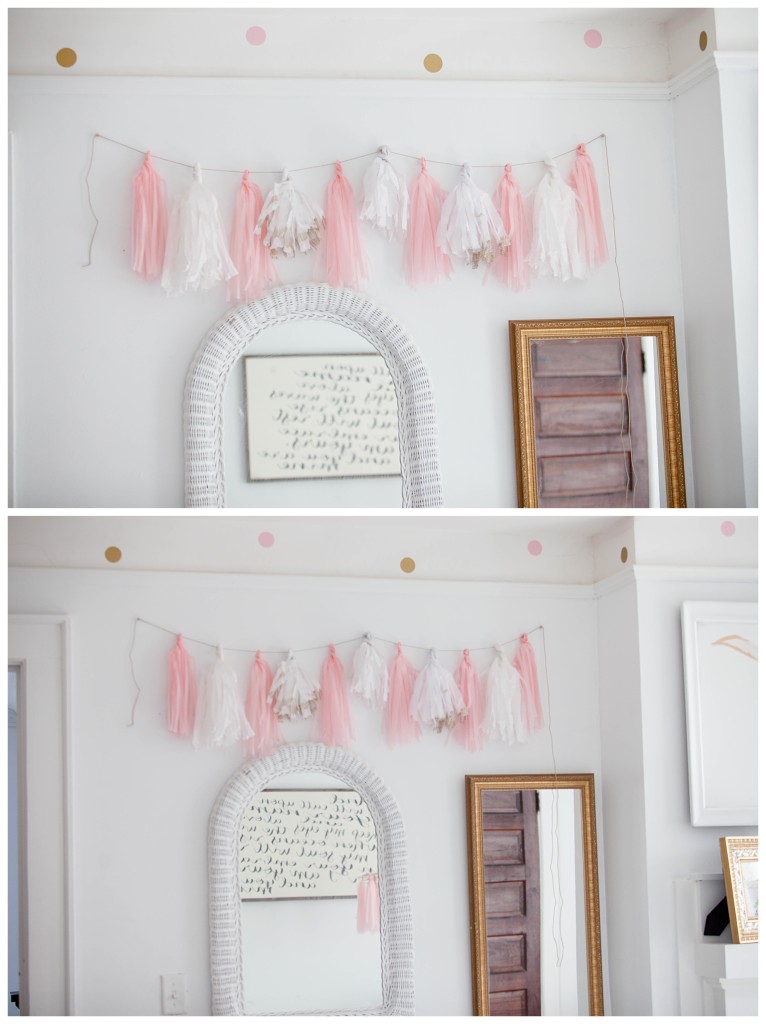 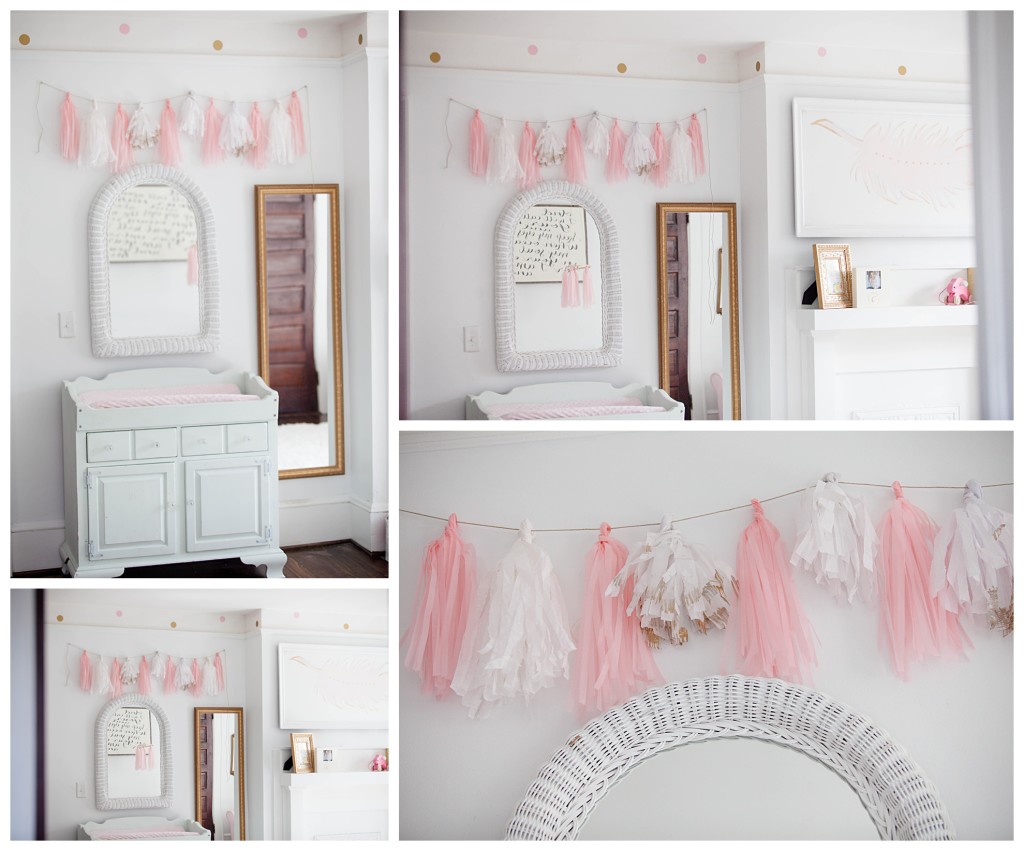 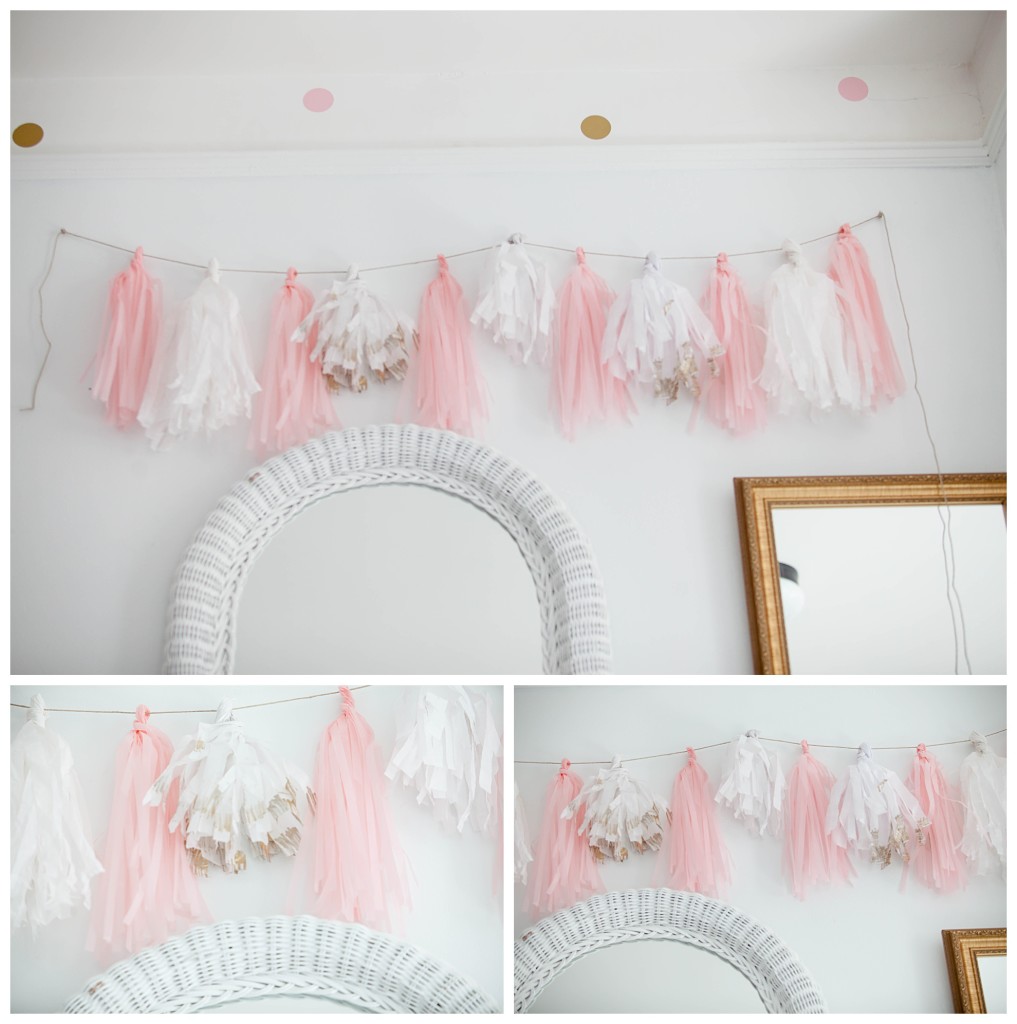 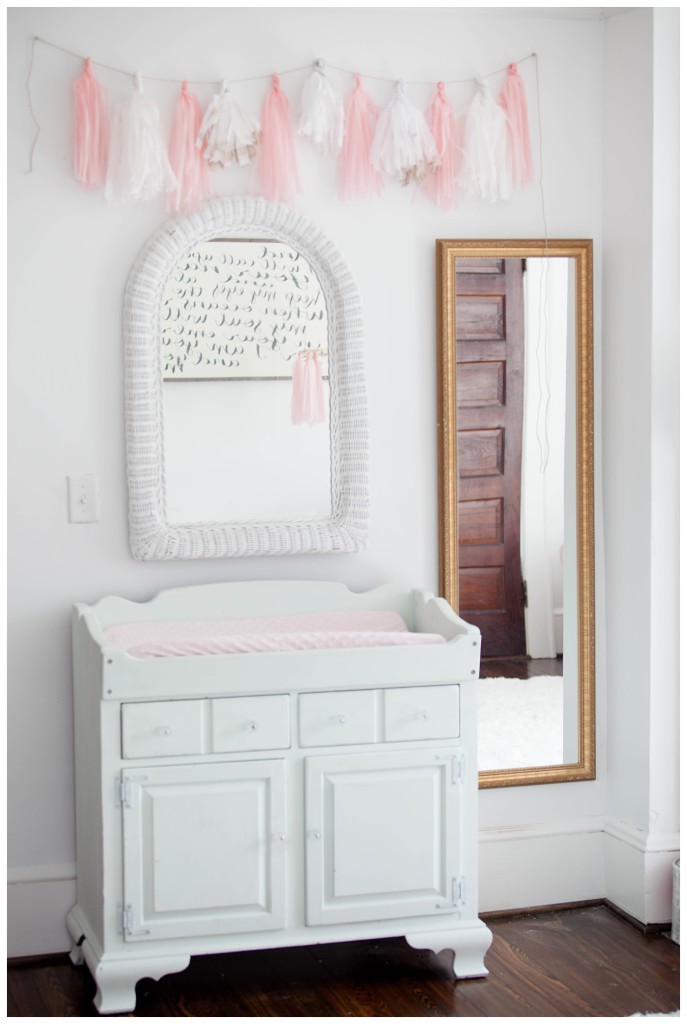 What do you think? Her nursery is ALMOST finished…good thing since she’s three months old!

2 comments on “I Resorted to Painting Tissue Paper”