God calls certain people into our lives for so many reasons.

The moments you need them most, they will show up uninvited, sometimes unannounced and sometimes forcefully, thankfully.

You see, two weeks ago, we found a knot in Kuy’s neck. It was after a basketball game one Friday night and we were at a gas station and I immediately called Russ over, texted my precious friend that’s his nurse and asked if our pediatrician was on call. Praise the Lord, he was and we were at the pediatrician’s office the next morning searching for an answer.

We left knowing it could be one of three things followed with some blood work. All for which Kuy was A TROOPER. No tears whatsoever through any of the blood work! He was so brave and strong. 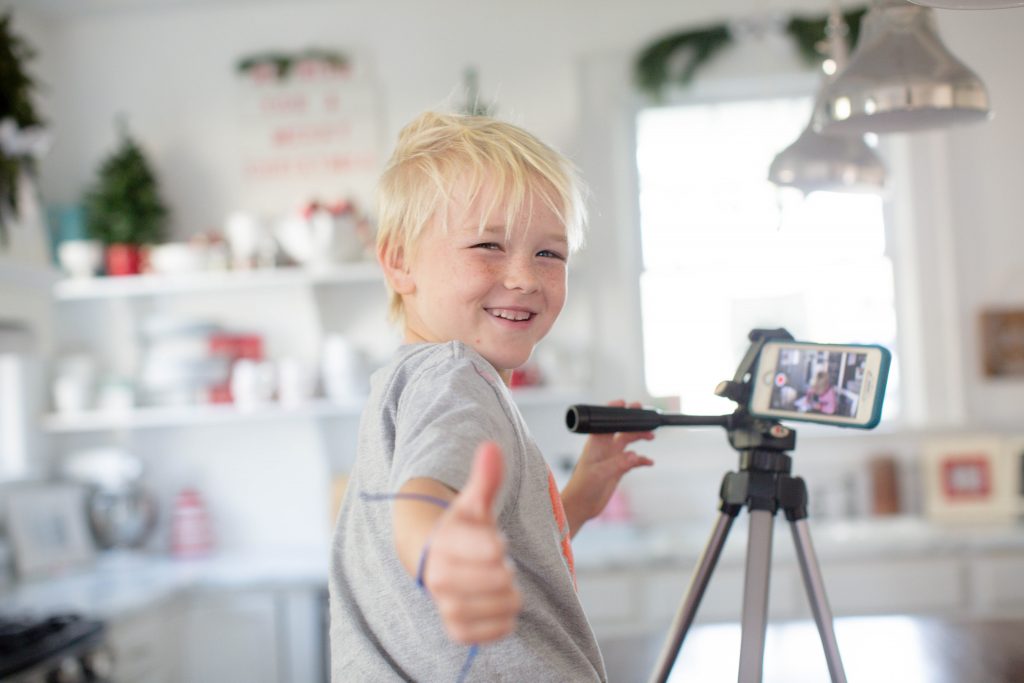 We returned Tuesday hoping for an answer but came back to all blood work being negative for original search results. Our doctor ordered an ultrasound for two days later in Greenville. The ultrasound showed it was a swollen lymph node so anxiously, we waited knowing we would return the following Wednesday for a check up to check its growth.

Unfortunately, we woke up Friday to a much bigger knot. We sent some pictures to our nurse of its growth that afternoon and by the end of the day, the pediatrician scheduled to see him for 8:30 the next morning.

On Saturday morning we saw another pediatrician (who we quickly fell in love with) and he was just as baffled. The knot had almost quadrupled in size and he wanted a CT scan immediately (he even called our regular pediatrician to confer!). Thankfully, our local hospital would see him and Kuy was amazing through the IV and CT scan and the techs there (who were INCREDIBLE) encouraged us to wait there for results in case we were admitted, he wouldn’t have to have another IV. 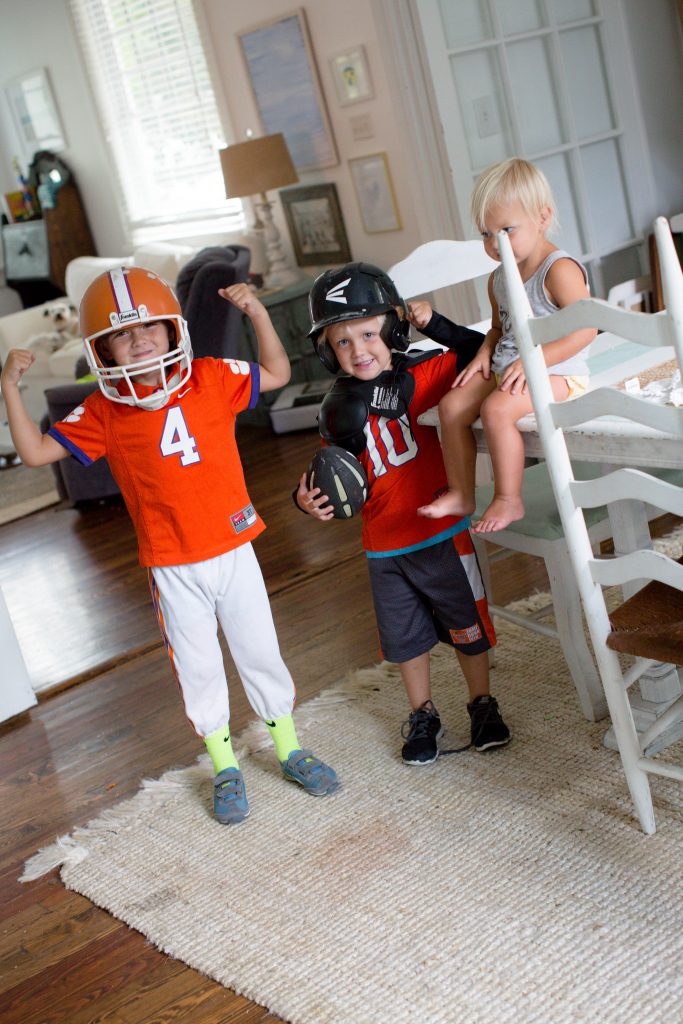 As we were waiting, the pediatrician called and ordered more blood work. Unfortunately, the normal lab was closed since it was Saturday but amazingly, the techs who were so gracious for the CT convinced the lab to come to us! The lab came to the CT area since he did so well for the IV and he was a champ, again. 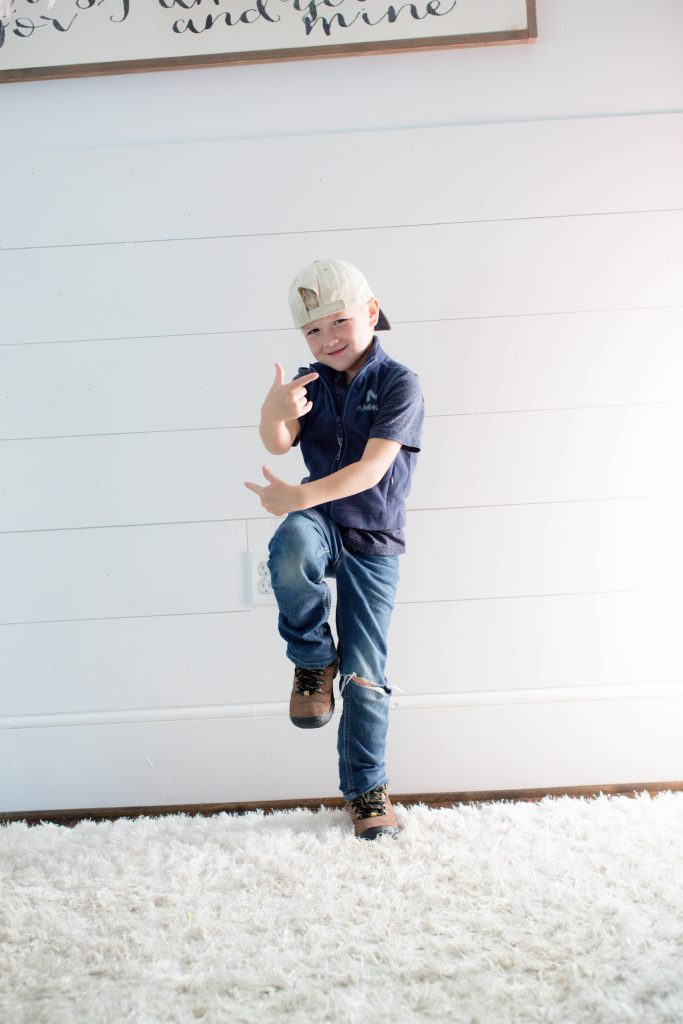 We headed back to the waiting room nervously just hoping for some kind of answer.

The answer we finally received was not exactly what we were hoping for but to me, it was an answer to prayer because it meant we would not have to spend Christmas wondering what this knot held.

The answer we received was that Kuy was being admitted to the hospital and we would see the ENT on call. This was the one and only time Kuy cried through the entire process and I think it was only because he thought he would have to spend the night at the hospital alone. We were missing exchanging gifts with Russ’ side of the family but they were gracious to wait for us to figure out something. Kuy knew all of this and by the time we pulled up to the children’s hospital where he would stay, he whispered, “Mama, text Kay Kay and tell her Callie and Cray can open their presents.”

With tears in his eyes, Russ got him out of the car and we walked in together knowing God held our sweet baby in His arms long before we did. 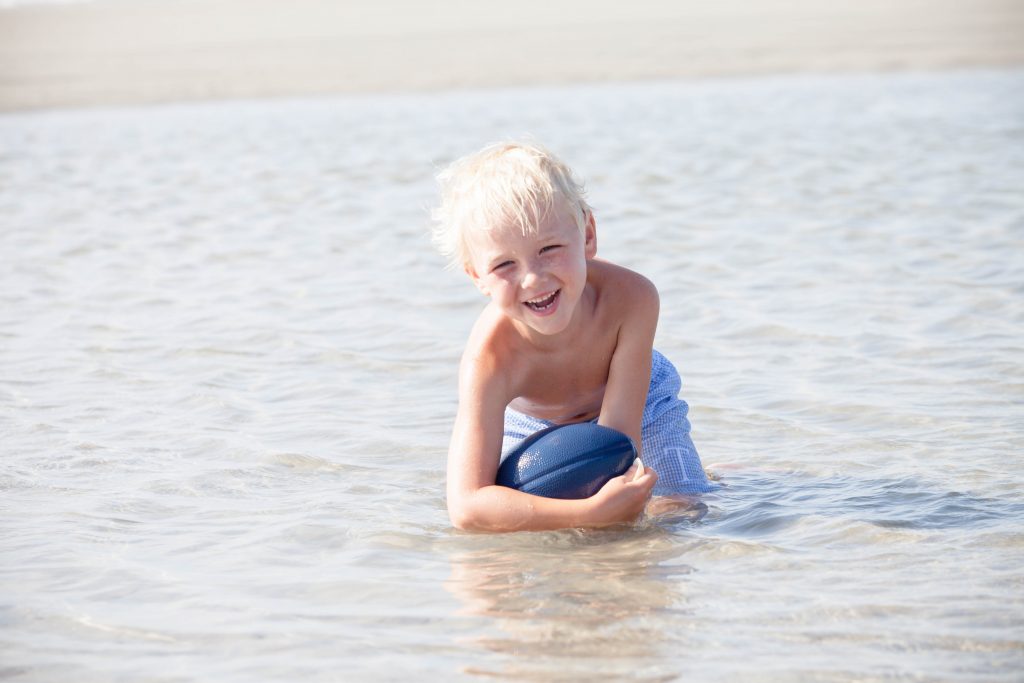 And He continued to do so.

We met with the ENT pretty quickly after we were admitted and he wanted to assemble “the team.” “Normally,” he said, “this is something we wait out to see if IV antibiotics can touch it but since he has been on three antibiotics this week, it seems the infection has formed a wall around itself blocking any antibiotics from touching it. We are taking it out today.”

The team was assembled and three hours after we arrived, they performed surgery to remove the infection from Kuy’s lymph node.

After that, he woke up from anesthesia mean as a snake (remember that sweet part about wanting his brother and sister to open presents? Now he was calling everyone dumb and making pretty bad threats against the doctor.). We couldn’t help but laugh because “mean” is not exactly how we would describe our oldest child. That made him more mad because he said we were laughing at him so we would casually walk out of the room if he started to have a fit.

AND, because of God’s grace and mercy, Kuy was released from the hospital on Christmas Eve around 11 am. We made it home right before church let out so literally cars were driving down the road honking and cheering, one car stopped to drop off a card and the neighbors ran over to give hugs! 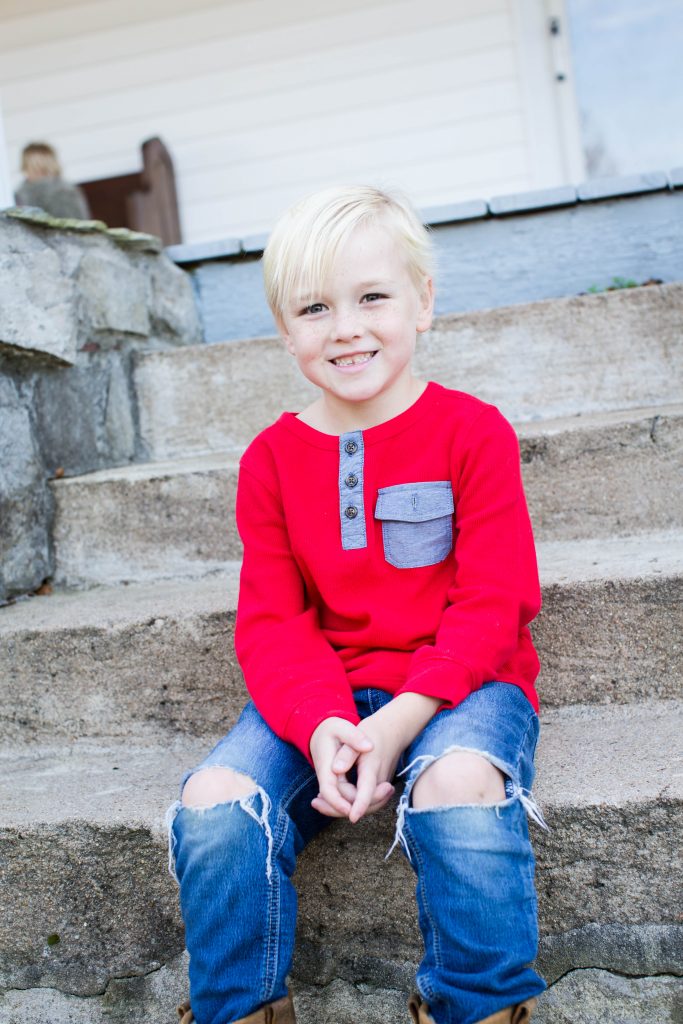 They just did it.

The texts, the calls, the visits, the constant and consistent prayers were the reminder God pressed deep within us on the eve of His Son’s birth. Because watching my son, this gift of life, in a hospital bed was not what I envisioned two days before Christmas. But what a great God we serve. Every person we met that day was a JOY to interact with. Pure joy. Every person we encountered share His light and His vision for our lives.

It was a Christmas we will never forget.

PS After today, our site will be down for a short while for maintenance. Thanks for your patience!

6 comments on “Grace in the Waiting”